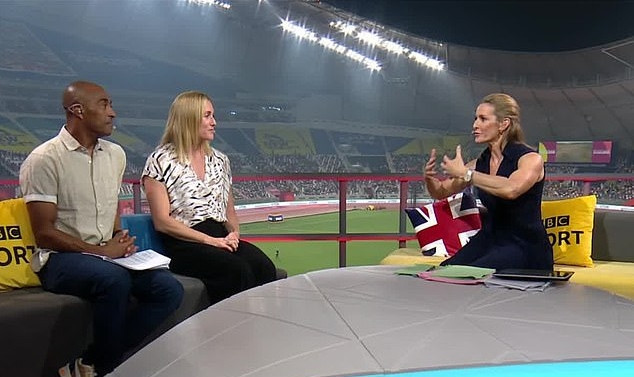 Sebastian Coe has claimed the media should be concentrating more on the quality of the competition at the International Association of Athletics Federations (IAAF) World Championships, rather than the lack of spectators watching it here.

The IAAF President saved particular scorn for the BBC, the host broadcaster in his home country Britain, criticising presenter Gabby Logan, one of the Corporation's most versatile and well-respected presenters, for drawing attention to the poor attendances.

"It's very easy to sit there and make all sorts of Gabby Logan-type judgments over three or four days and clear off back to Match of the Day," Coe said.

"But it's really important that we see the long-term development of our sport.

"That's not going to be done because we have challenges over ticketing in a stadium for three days.

"The problem I've got with that is it's the way our sport is being portrayed by some of the people in that studio."

Coe is frustrated that more attention is not being paid to some outstanding performances, including the victory in the 800 metres last night for America's Donavan Brazier.

"I've got people, whose judgment I do trust, who are saying it would be great if a 1min 42.4sec run and some great performances were being dissected," he said.

"The crowd is an easier subject to talk about rather than some of the more insightful stuff around the events.

"I accept that, that's the world we live in.

"There are places which are going to take longer for us to go to, but people have to believe this sport is theirs, it's not just rooted in a handful of European capitals."

Qatari officials have fallen woefully short of the promise they made in 2014, when they were awarded these Championships, that the Stadium would be sold out for every session.

"It was always going to be a challenge and this is a country that has to deal with a set of circumstances that none of us foresaw five years ago when Qatar was given the chance of hosting it," he said.

Coe promised that the IAAF would not be afraid to continue exploring new markets to host its flagship event, with Africa top of his wish list.

"It can't keep going back to the same eight or nine places that we've always sort of focused on in the past," he said.

"We need to make sure, where we possibly can, we take cost out.

"Just make it an easier business proposition for a city to want to take us on board."

The 2021 IAAF World Championships are due to take place in Eugene in the United States and 2023 has been awarded to Budapest.

But Kenya's capital Nairobi could be targeted as a potential host for 2025.