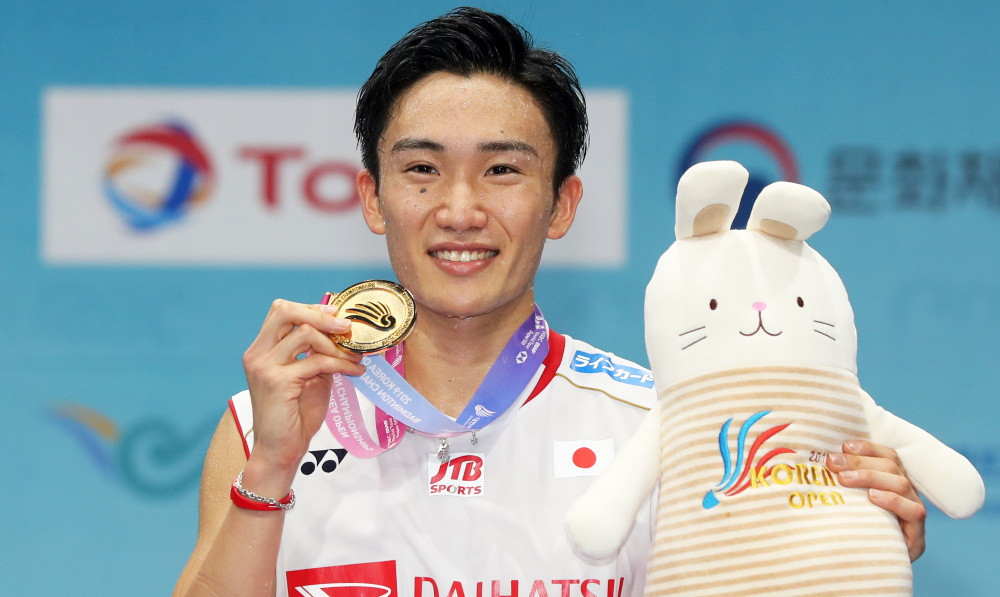 Japan's orld number one Kento Momota secured his eighth title of the year as he beat Chinese Taipei’s Chou Tien Chen in the final at the Badminton World Federation (BWF) Korea Open in Incheon.

Momota continued his superb run of form this season with a 21-19, 21-17 victory at the Incheon Airport Skydome.

The result at the BWF World Tour Super 500 event saw the reigning world champion justify his status as the top seed and pre-tournament favourite.

"I don't count my number of titles," Momota said.

"I was trying not to give him any openings.

"It was kind of a hard two weeks, but I have more competitions coming up, so I want to get over this win and prepare for the upcoming ones."

In the women's singles final, He Bingjiao of China recovered from four match points down to stun Thailand's Ratchanok Intanon.

After winning the first game, Intanon looked set for victory when she led 20-16 in the second but He rallied to take it to a decider.

Indonesia's Fajar Alfian and Muhammad Rian Ardianto clinched the men's doubles title with a 21-16, 21-17 win over Takeshi Kamura and Keigo Sonoda of Japan.