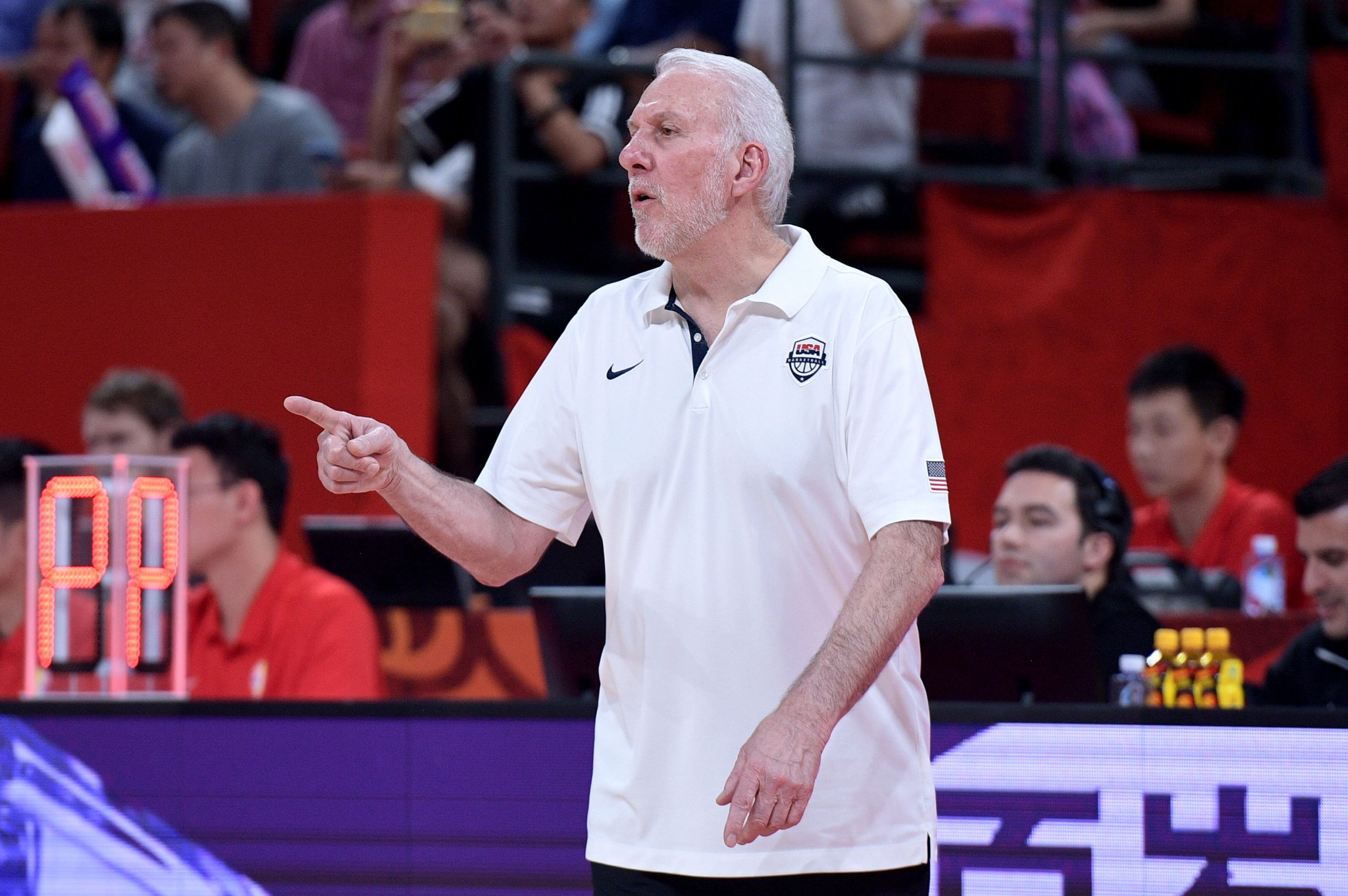 The United States' men's basketball team coach Gregg Popovich has expressed his delight after his side secured qualification for the Tokyo 2020 Olympics.

The Americans earned themselves the chance to claim a fourth Olympic gold medal in a row at next year's Games after beating Brazil 89-73 at the International Basketball Federation (FIBA) World Cup in China.

They have qualified as one of the tournament's top two teams from the Americas, along with Argentina.

"We're thrilled that we qualified for the Olympics," Popovich said, according to Agence France-Presse.

"With this new situation of qualifying, you don't want to have to do that every year, so it's a pretty big grind."

Having topped Group K in the second round, the US will go on to face Group L runners-up France in the quarter-finals tomorrow.

They are aiming to clinch a third consecutive FIBA World Cup title, having triumphed in Turkey in 2010 and in Spain in 2014.

The first two last-eight ties, which pit Argentina against Serbia and Spain against Poland, are today.

Australia, who have also qualified for Tokyo 2020 as the top team from Oceania, go up against Czech Republic tomorrow.