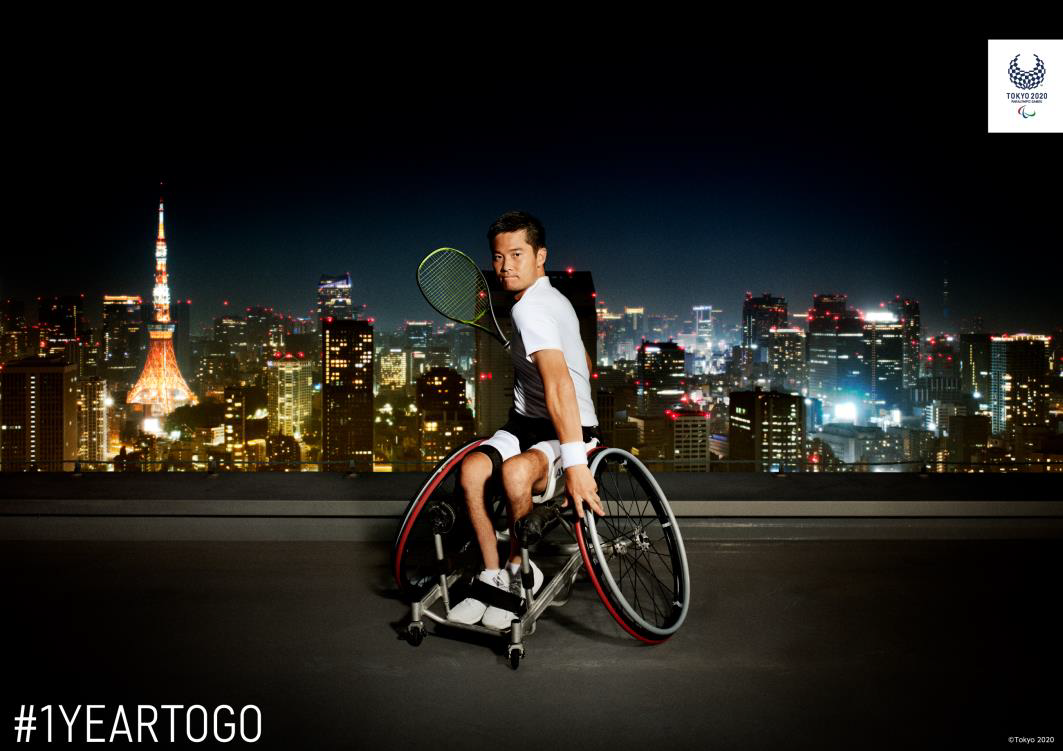 Launched today, the visual places the three-time Paralympic gold medallist, who will aiming to add to his count at next year's Games in his home country, against a backdrop of the Tokyo skyline.

Kunieda, an ambassador for Tokyo 2020 and considered a key figure in promoting sports for people with disabilities, has won 42 Grand Slam titles, the most of any player in wheelchair tennis history.

At the Athens 2004 Paralympics, he teamed up with Satoshi Saida and won the gold medal in doubles.

Four years later in Beijing, Kunieda took gold in the singles and bronze in the doubles.

He defended his singles title at London 2012, making him the only player to retain the men's singles Paralympics crown, and again joined forces with Saida at Rio 2016 to secure the doubles bronze medal.

In 2020, Tokyo will become the first city to host the Paralympic Games twice and organisers claim it is readying for a "never-before-seen festival of sports".

The campaign will continue until the end of this month, with two more visuals showcasing superstars of the Tokyo 2020 Paralympics and "must-see" locations of the host city to be unveiled soon.