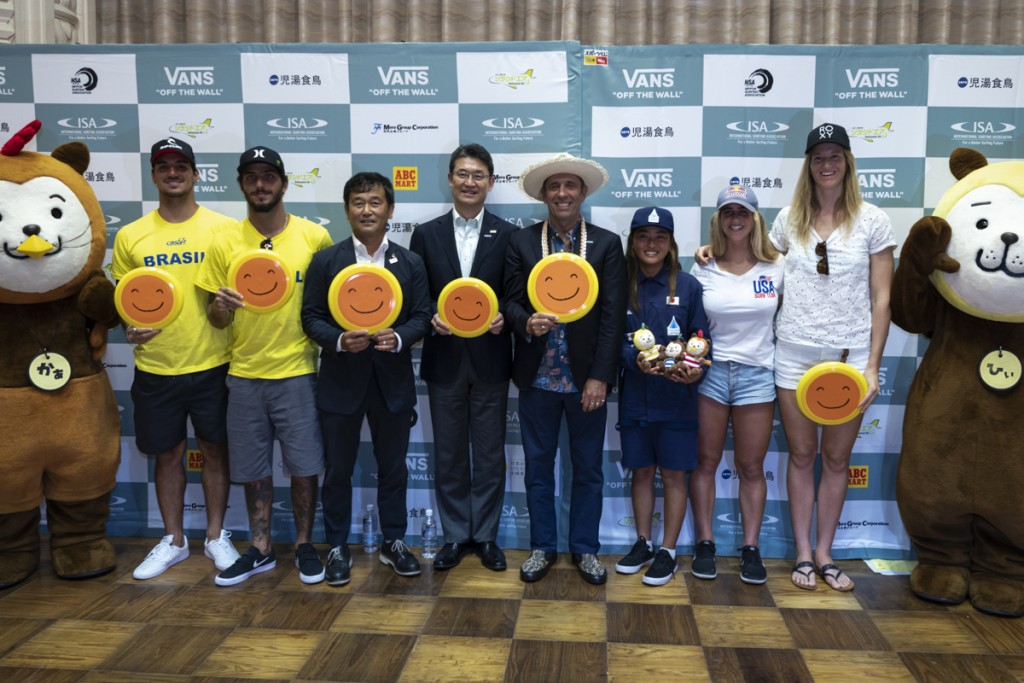 Miyazaki is poised to host the World Surfing Games, with athletes hoping to secure direct qualification to the Olympic Games for the first time.

Four qualification spots are on offer in the men's and women's events at the Games, as surfing prepares to make its Olympic bow next year.

The highest placed eligible athlete from Africa, Asia, Europe and Oceania will book their place at the Tokyo 2020.

The direct qualifiers from the Americas were decided at last month's Pan American Games, where surfing featured for the first time.

"As the first edition of the World Surfing Games to qualify athletes for the Olympics, this is an incredible, historic time for the sport," he said.

"Olympic surfing was a crazy dream 24 years ago.

"But everything starts with a crazy, impossible idea to make a dream become a reality.

"Miyazaki is a tropical surfing paradise and I would like to thank the governor and the people of Miyazaki for once again receiving us with open arms."

A total of 240 athletes from 55 nations will compete at the World Surfing Games, which begin tomorrow.

An Opening Ceremony will take place, including a Parade of Nations.

Tomorrow is also expected to see the start of the women's competition, with the finals scheduled for September 11.

The men's competition will begin on September 10 until the final day of the Games on September 15, when the Closing Ceremony will also take place.

As well as the men's and women's competitions, the Aloha Cup and team titles will be decided on Kisakihama Beach.

Hosts Japan are aiming to defend their team title.

The Olympic Channel is set to stream coverage of the Games, while Abema TV will broadcast the competition in Japan.