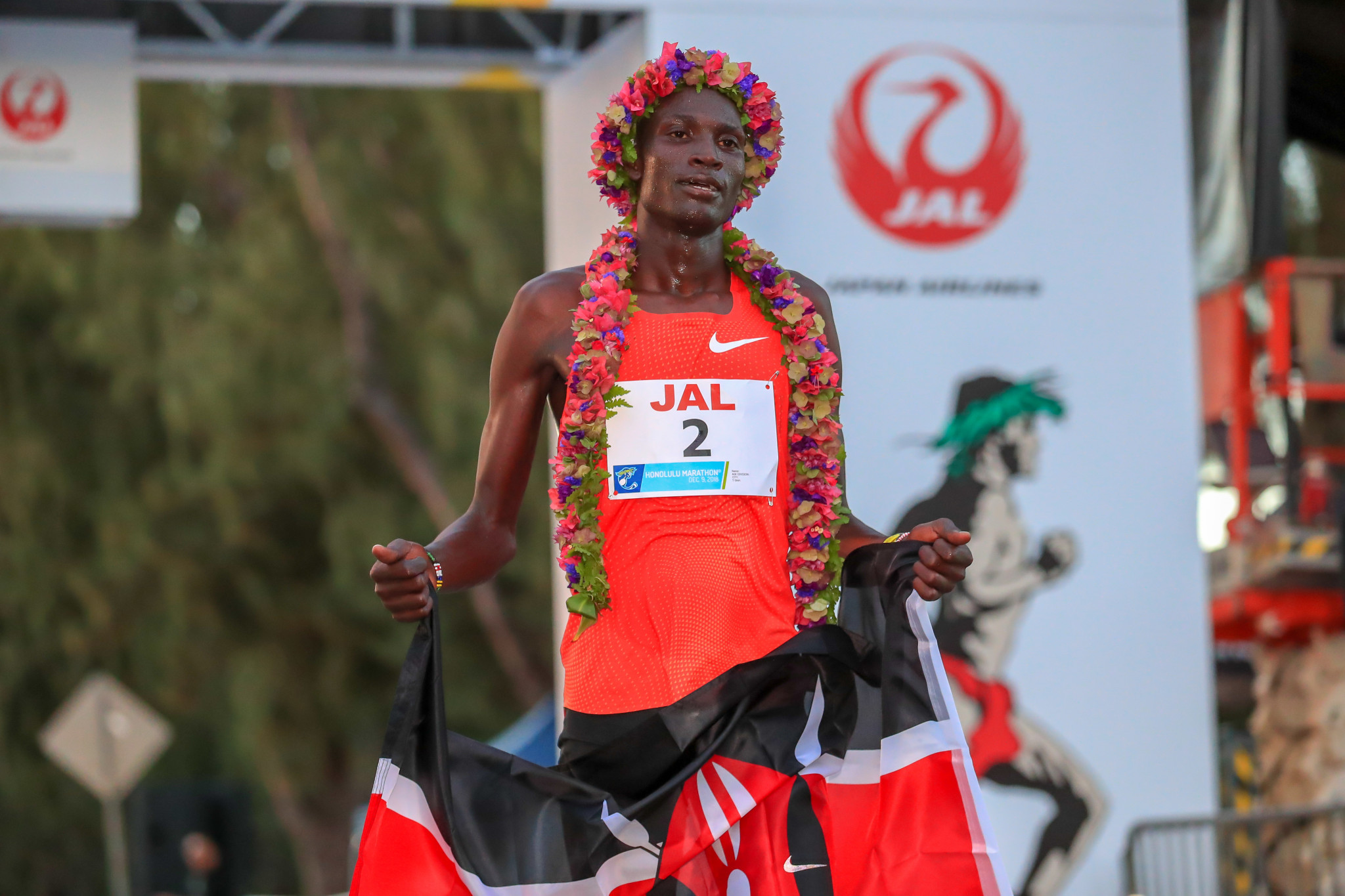 Titus Ekiru made history as the first Kenyan to win the half marathon at the African Games, as the country claimed six athletics gold medals in Rabat.

Ekiru clocked a time of 1 hour 1min 42sec to clinch the gold medal at the Olympic Stadium in Moulay Abdellah Sports Complex.

He saw off a strong challenge from two Moroccan athletes, with Reda Elaaraby finishing second in 1:02:44 and Hamza Sahli third in 1:02:45.

It was the first of six victories for Kenya in athletics, moving them up to second in the sport's final medal standings with 10 golds, seven silvers and three bronzes.

There was also success for Kenya in the men's javelin, courtesy of Julius Yego's throw of 87.73m.

Nigeria held on to top spot in the athletics medal standings by virtue of having three more bronzes than Kenya.

Oyesade Adetola Olatoye prevailed with a throw of 16.61m, while the relay team came home first in 3:30.32.

In the men's football gold-medal match, Nigeria failed to follow up their women's success, losing 2-0 against Burkina Faso.

Their archery titles came via Sherif Mohamed in the men's individual recurve, along with their men's, women's and mixed team recurve sides.

The one other archery crown went the way of Ivory Coast's Esmei Anne Marcelle Diombo in the women's individual recurve event.

There were also three more team wins for Egypt in fencing.

They beat Morocco in the men's épée and women's sabre finals, and Tunisia in the men's foil gold-medal match.

Egypt wrapped up their domination of weightlifting by adding a further four overall titles to their collection.

The only overall weightlifting crown not going to Egypt was in the women's 87kg division, won by Cameroon's Clementine Meukeugni Noumbissi.

South Africa capped off an impressive performance in canoeing by adding another three gold medals to their tally.

Esti Van Tonder also claimed victory for South Africa, with a time of 42.180 in the women's K1 200m, as the country ended with eight gold medals at the summit of the canoeing standings.