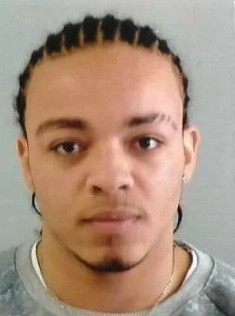 British bobsledder Nathan Togun has been given a four-year doping ban after he tested positive for a prohibited substance.

The UKAD sanction ends any chance of Togun representing Britain at the 2022 Winter Olympic Games in Beijing.

He has been suspended from November 13 last year through to midnight on November 12 2022.

In its full decision, UKAD said Togun had attempted to blame medication he took for an illness for the anti-doping rule violation.

Togun said he was given the drugs - which he claimed contained Naproxen, Diclofenac and Winstrol, a brand name for stanozolol - by a friend and was not aware stanozolol was a banned substance.

BAN | Bobsleigh athlete, Nathan Togun, has been suspended from all sport for a period of four years following an Anti-Doping Rule Violation (ADRV).

UKAD dismissed the athlete's explanation and said that "there are no preparations containing stanozolol that are licensed for use as a medicine in the UK".

"All athletes have a responsibility to adhere to the principle of strict liability - being solely responsible for any substances found in their system," said UKAD director of operations Pat Myhill.

"As a high-performance athlete, Mr Togun should be fully aware of the anti-doping rules and his responsibilities."

Togun was named on Britain's bobsleigh and skeleton squad for the 2018 to 2019 season, but did not make any appearances for the team.

He has a best result of 24th in the four-man bobsleigh event on the International Bobsleigh and Skeleton Federation Europe Cup circuit.