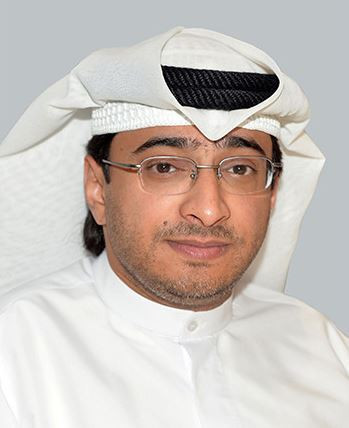 Mashed was speaking after celebrations to mark one-year-to-go until the Paralympics yesterday.

The Emirati official is currently in China attending the National Games for People with Disabilities and believes not only host nation Japan will benefit from Tokyo 2020.

"This is the first time in over a decade that the summer Paralympic Games have been held in our region," he said.

"Since Beijing 2008, the Paralympic Movement has grown exponentially and has become the third largest sporting event in the world which now attracts global TV audiences in excess of four billion.

"Sixty per cent of the world live in Asia and therefore we have the world's largest population of persons with disabilities.

"However, to date Asia has been underrepresented at the Paralympic Games.

"At the Asian Paralympic Committee, we are focused on changing this.

"For example, our Asian Para Games are an important stepping stone for many athletes on their way to the Paralympic Games and last year in Jakarta we had more nations and more athletes than ever competing and importantly breaking many regional and world records.

"So, we all hope that at Tokyo 2020 we will see more Asian countries competing, with bigger teams and more female athletes.

"Perhaps the biggest legacy from the Games in our region, however, will be the change in attitudes towards persons with disabilities that will follow them.

"This of course will be felt most strongly in Japan where lots of people will buy tickets and have 'life changing experiences' as our IPC President has said this week.

"But outside of Japan, I hope that the growing TV audiences across Asia will be similarly captivated and will eagerly follow some of the Asia stars who will shine at the Games.

"With one-year-to-go, Asia is ready to use these Games as a catalyst for growth of the Movement across the whole region."

Nearly 4,400 athletes are expected in Tokyo from 160 countries, with 22 sports on the programme.