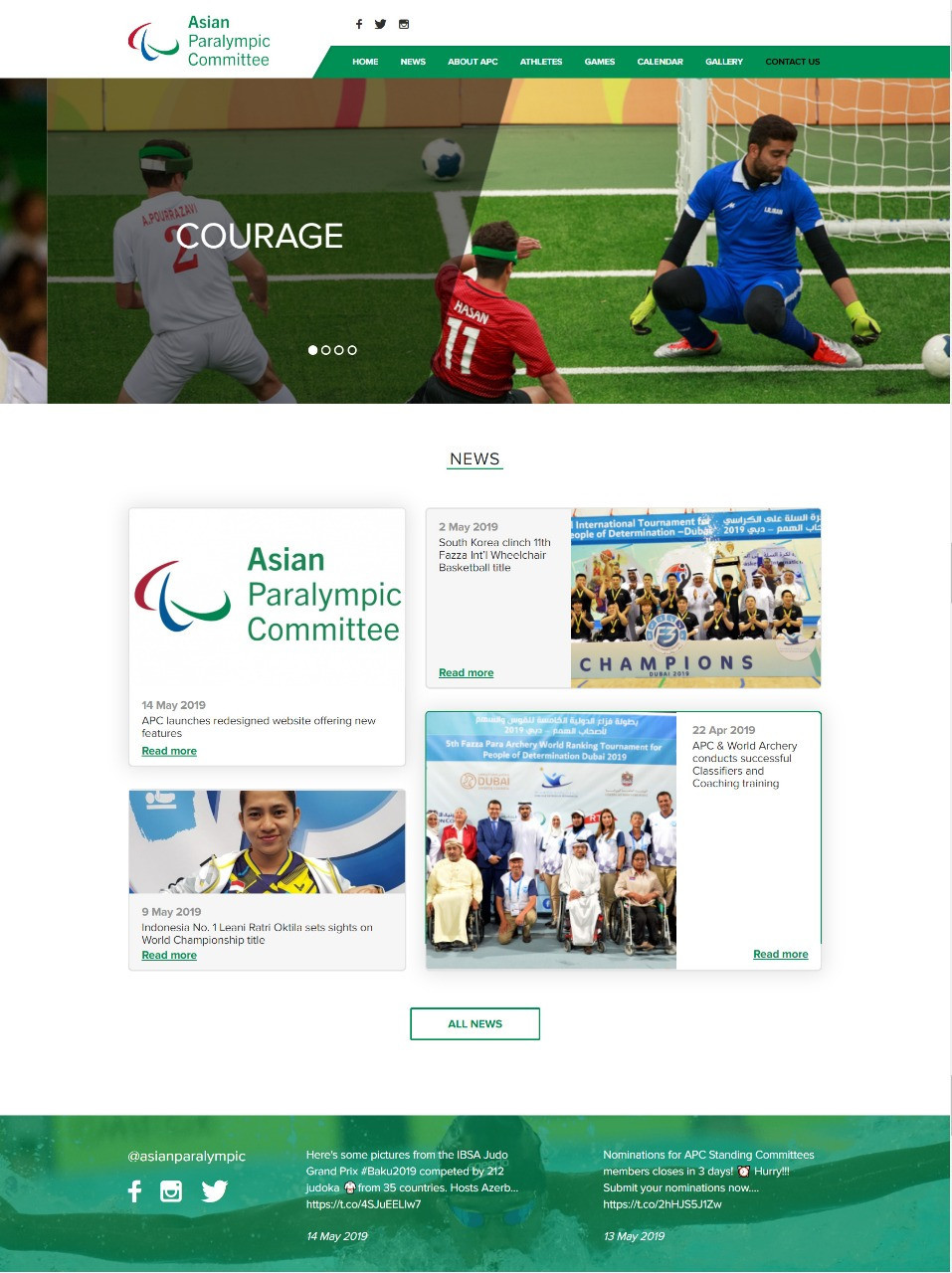 The Asian Paralympic Committee (APC) has launched its new website aimed, it claims, at giving itself a strong digital identity, as well as informing its global audience on the development of the Paralympic Movement in the region.

The new website, accessible here, has increased levels of content, making it more informative about the Movement and events being held in the region, the APC claims.

It also features a section profiling the Asian athletes, "Asian Athletes to Watch", which will be added to in the run-up to the Tokyo 2020 Paralympic Games.

The website also has a new enhanced appearance with distinctive and user-friendly features, the APC, which recently announced that its permanent headquarters would be in Dubai, revealed.

It also has a designated members’ area which is designed to facilitate better communication between the APC and its 43 member nations.

"We are at an important junction where Paralympic Movement is growing fast in the Asian region," APC President Majid Rashed said.

"Recently, the Bhutan Paralympic Committee celebrated its first-ever Paralympic day and a few other nations are also keen to join the Movement.

"Thus, it is important to inform our fans, athletes and NPCs (National Paralympic Committees) about the Movement so that we can grow together.

"The new website has more information and a better look.

"It will help us communicate better with Para-sport fans, keeping them informed on the developments of the Paralympic Movement in Asia.

"I am sure it will help us to achieve our vision of making Asia one of the leading regions in the Paralympic Movement."