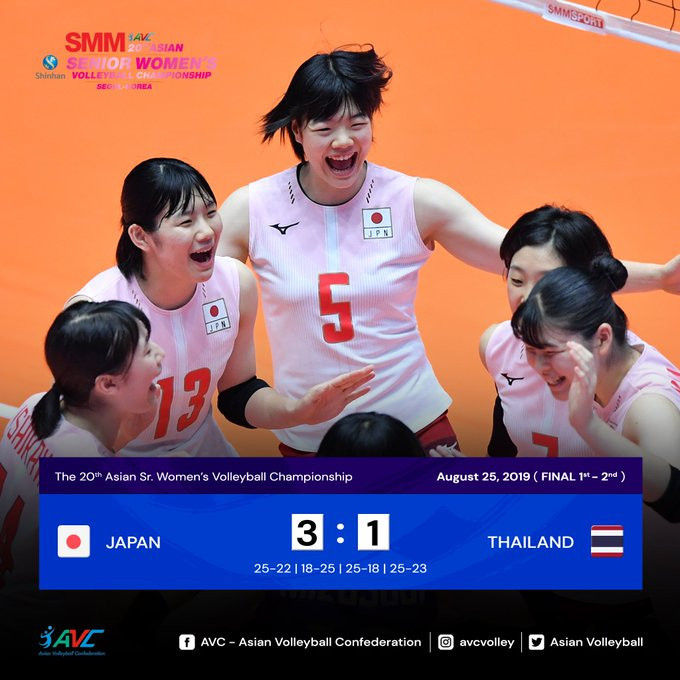 Japan successfully defended their title at the Asian Women's Volleyball Championship as they beat Thailand in four sets in today's final in Seoul.

It was a repeat of the last final, held in Biñan in the Philippines in 2017, with two-time winners Thailand again having to settle for second place.

The Thais had stunned reigning Olympic champions China in the last four but they found Japan a hurdle too far.

China were also to come unstuck in the bronze medal match as the South Koreans romped to a straight sets victory in front of their own fans.

As with the final, the bronze medal match was also a repeat from 2017 with the same outcome.