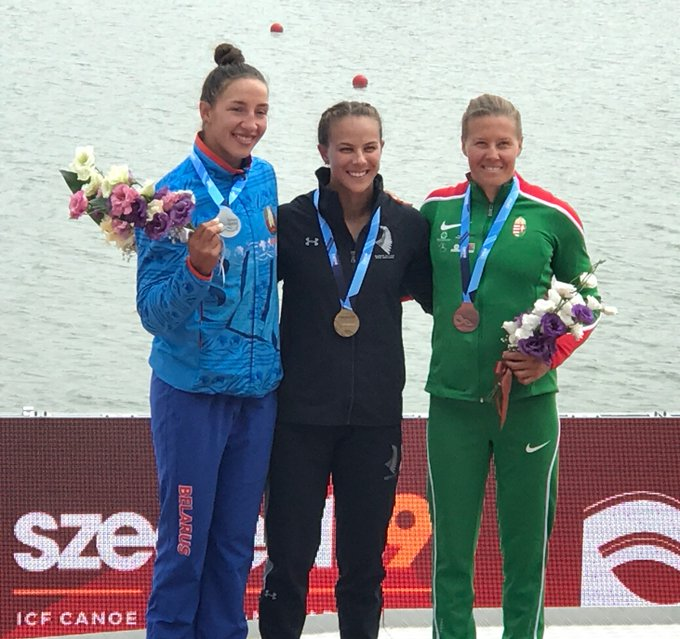 Carrington had already clinched gold in the women's K1 200 metres yesterday, the event she has won at the past two Olympic Games.

Belarus' Volha Khudzenka was forced to settle for second in 1:57.39, with Hungary's two-time Olympic champion Danuta Kozak completing the podium in 1:58.01.

Bronze was earned by France's Cyrille Carre and Etienne Hubert in 3:22.96.

The home crowd celebrated success in the women's event with their crew achieving a winning time of 1:32.91.

The pair were followed by Hungary's Virag Balla and Kincso Takacs in 2:04.49, while Belarus' Nadzeya Makarchanka and Volha Klimava were third in 2:07.74.

Balla and Takacs won silver again for Hungary in 45.16, with Uzbekistan's Dilnoza Rakhmatova and Nilufar Zokirova third in 46.60.

Bronze was earned by Hungary's Mark Balaska and Levente Apagyi.