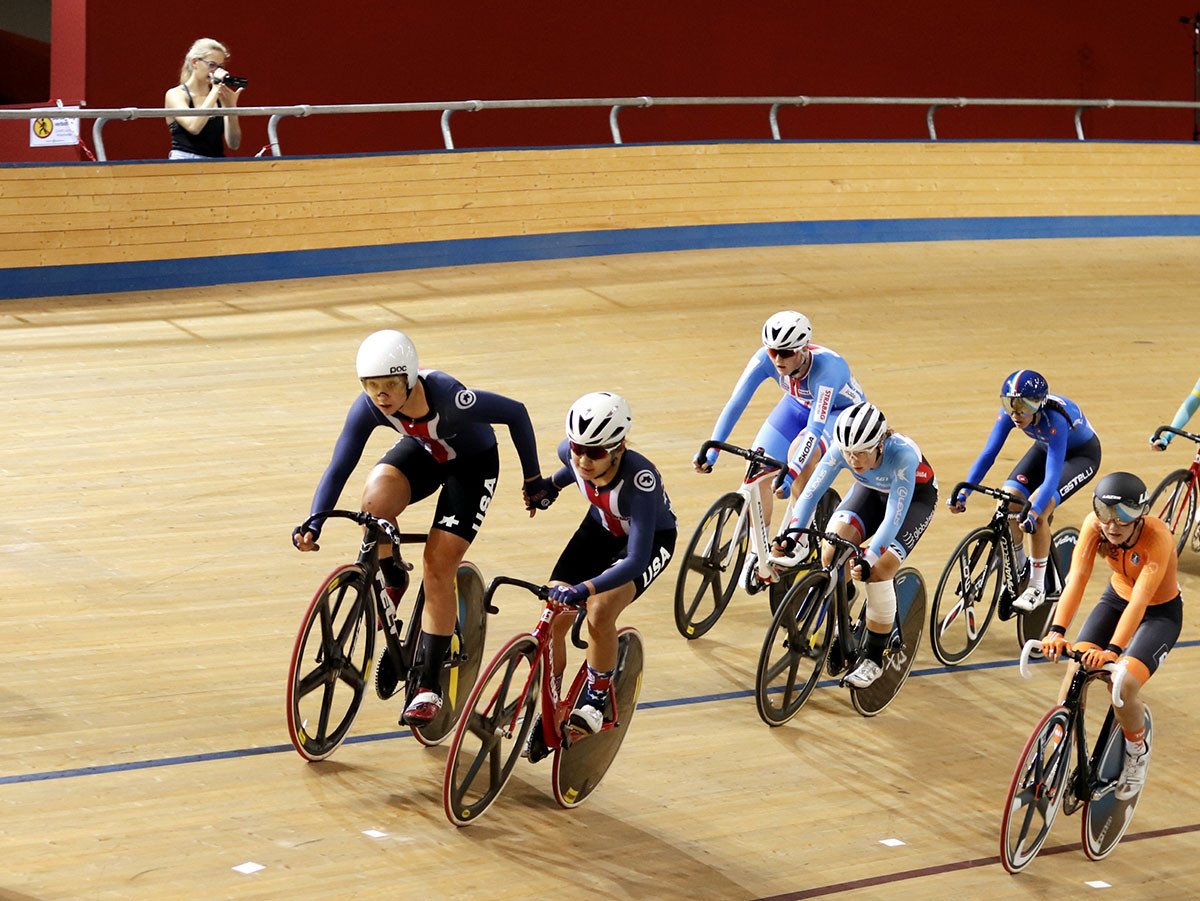 The German had already claimed team and individual pursuit titles at the Oderlandhalle velodrome and completed his hat-trick on the final day of competition.

Alessa-Catriona Pröpster followed up her sprint title victory yesterday with glory in the women's keirin for a second German victory of the day.

Megan Jastrab won a second gold medal of the week as she teamed up with Zoe Ta-Perez to seal a United States victory in the women's 15km madison.

The duo dominated the race to take points in seven of the eight sprints as they amassed a total of 31 points.

British duo Sophie Lewis and Elynor Backstedt were the best of the rest on 15 points as Russians Mariia Miliaeva and Valeria Golayeva claimed bronze on 14 points.

New Zealanders Laurence Pithie and Kiaan Watts won the final gold of the championships with victory in the men's 30km madison.