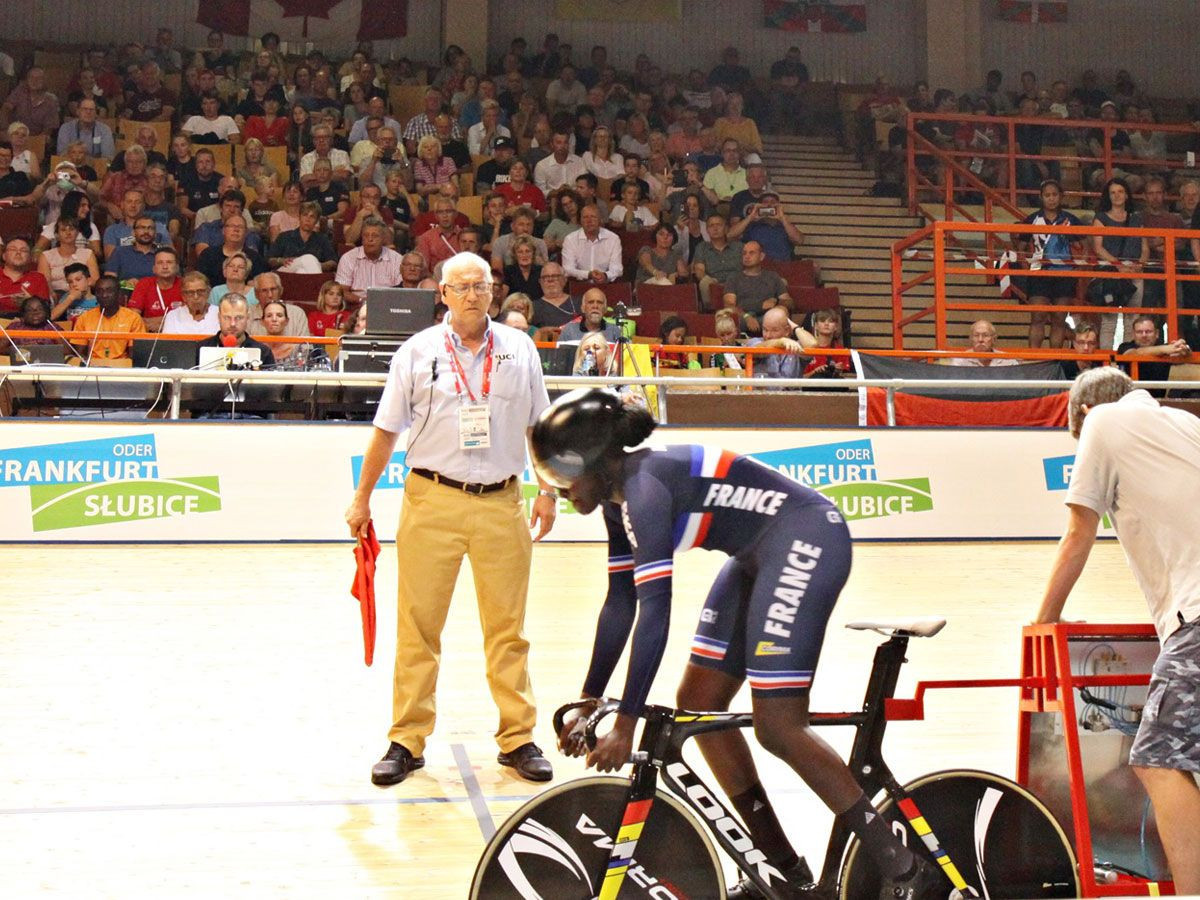 The French cyclist clocked 34.868sec as she triumphed over the 500 metres test at the Oderlandhalle velodrome.

Alessa-Catriona Propster of Germany took second place in 34.907 as she collected a third medal of the Championships.

Briton Emma Finucane claimed a second bronze medal in two days as she completed the podium in 35.264.

Ally Wollaston narrowly missed out on a junior world record as she claimed gold in the individual pursuit final.

The New Zealander clocked 2min 18.900sec as she pushed Elynor Backstedt of Britain into silver.

She was one of eight riders to earn 20 points by gaining a lap and won the final sprint to secure the world title.

A superb silver to add to the collection 🥈

Pithie was fourth after the scratch race but clawed his way back to win with a total score of 129 points, having earlier triumphed in the elimination race and time trial.

Konstantinos Livanos of Greece followed up his keirin success earlier on at the event with victory in the men's sprint final.

In three close races, Livanos edged out Esow Esow of India in the decider for a 2-1 triumph and the gold medal.

Daan Kool of The Netherlands won bronze with a 2-0 record against Germany's Julien Jäger.