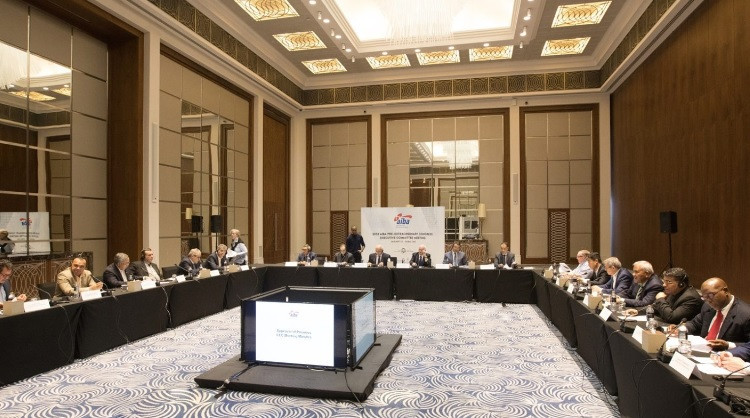 The International Boxing Association (AIBA) Executive Committee is set to elect the replacement for Mohamed Moustahsane as Interim President at an extraordinary meeting on August 31.

The meeting will take place in Istanbul and is being funded by the European Boxing Confederation.

insidethegames understands no agenda has yet been sent out to the members but the election for Interim President will be the main item discussed.

Moustahsane, who took temporary charge of the embattled organisation in March after former President Gafur Rakhimov stepped aside, suddenly resigned the Interim Presidency on August 6.

The Moroccan relinquished the position for family reasons, two officials with knowledge of the situation told insidethegames.

His resignation left AIBA - suspended as the Olympic governing body for the sport by the International Olympic Committee (IOC) in June because of severe concerns with its governance, finances and refereeing and judging - searching for its third President in nine months.

One of the four remaining vice-presidents will become the Interim President under AIBA's statutes.

Argentina's Osvaldo Bisbal, Anas Al Otaiba of the United Arab Emirates, Italian Franco Falcinelli and Australia's Edgar Tanner are those who can be chosen.

It is not yet clear who will take over as none of the four stepped forward to assume the Interim Presidency after Rakhimov - whose election in November triggered the IOC inquiry into AIBA which resulted in the federation being stripped of involvement in the boxing event at Tokyo 2020 - stepped aside.

Rakhimov, who remains on a United States Treasury Department sanctions list as "one of Uzbekistan's leading criminals", tabled his formal resignation last month.

A proposal to postpone the Extraordinary Congress, due to be held in Lausanne in November, is also likely to be discussed at the Executive Committee meeting.

insidethegames understands some Executive Committee members are pushing for a delay to the election and want the Congress to be convened to change the statutes to pave the way for the vote to be held at a separate meeting next year.

Others claim this would be difficult because of AIBA's perilous financial situation and believe the body should proceed with the November 15 date.