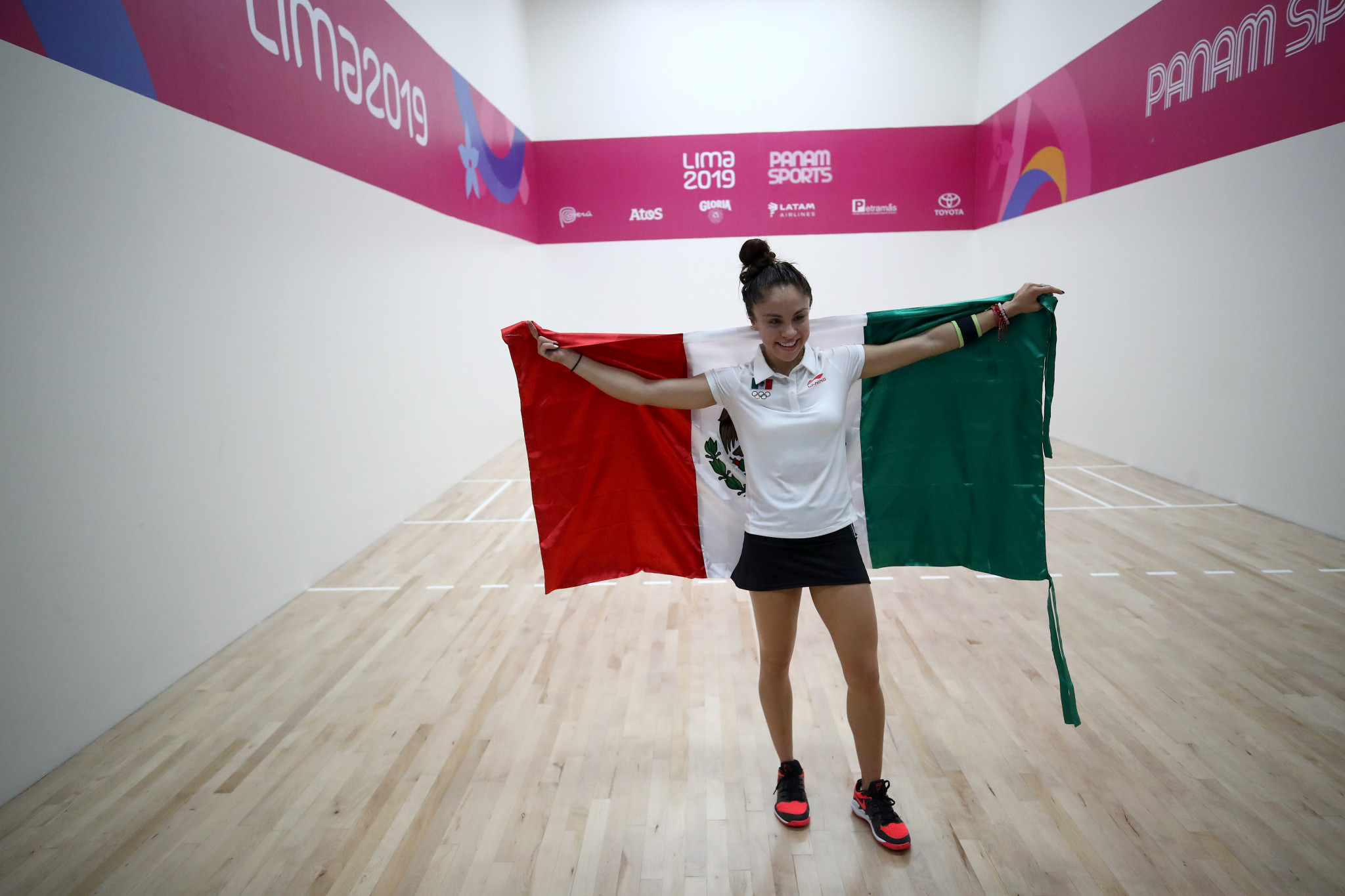 Nine-times Pan American Games racquetball gold medallist Paola Longoria of Mexico has been elected to the Panam Sports Athlete Commission alongside four others.

Longoria competed here at Lima 2019 topping the podium in the singles, doubles and team racquetball competitions, having already done so at Guadalajara 2011 and Toronto 2015.

The 30-year-old was voted to sit on the Panam Sports Athlete Commission by her peers, with a record 1838 athletes voting for five out of 13 candidates during the Games.

Beijing 2008 Olympic sailing bronze medallist Isabel Swan of Brazil and 19-year-old Barabadian cyclist Amber Joseph were the other athletes to join the Commission.

The new members will now have an eight-year term on the Commission.

They join Puerto Rican judoka Carlos Santiago, El Salvador rower Adriana Escobar and Guyanese athlete Aliann Pompey, who will all due to step down at the 2023 Pan American Games in Santiago.

Current President Alexandra Orlando of Canada, Andrea Estrada of Guyana, Brazil's Thiago Pereira, Mijain Lopez of Cuba and Mexico's Guillermo Perez all completed their terms at the end of these Games.

The Athlete Commission will chose a new President in the coming weeks.

"On behalf of the Panam Sports Athlete Commission, we are very excited to welcome these five new members to our team of powerful voices who represent the incredible athletes of the Americas," said Orlando.

"Elected by their peers, these new representatives will bring a fresh outlook and renewed energy to our mission.

"I am honored to have served as the President of this Commission along with so many outstanding colleagues and friends.

"We have taken so many strides to strengthen the voice of athletes throughout the Americas, and I know that this next group of leaders will continue to fight for more rights and representation for all athletes."