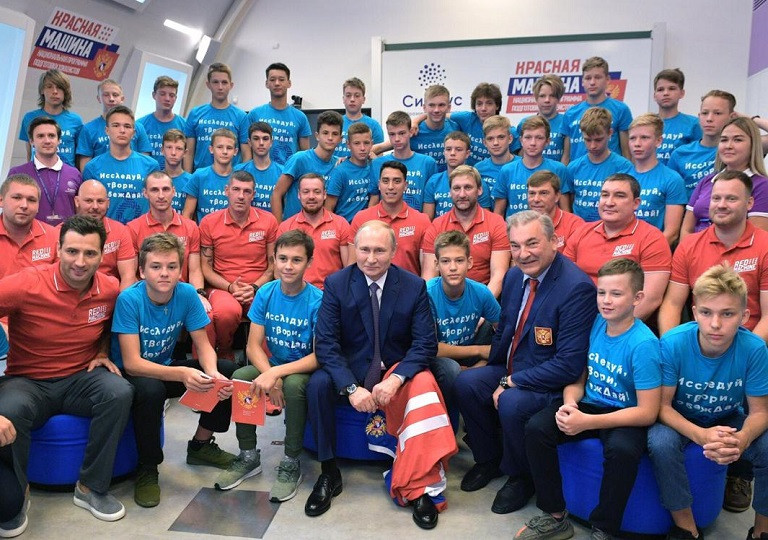 The Ice Hockey Federation of Russia (IHFR) held the seminar at the Sirius Educational Centre in Sochi as part of the national development programme preparing for the 2022 Winter Olympic Games in Beijing.

Putin, who has regularly attended ice hockey matches in a ceremonial role, posed for pictures with young players at the Centre created in 2015 to help with training and education of players and coaches.

He implemented the Red Machine National Development Programme, in order to enhance ice hockey development in Russia up to 2024.

"Our programme isn't just about training concepts, it is the entire philosophy of Russian ice hockey, based upon the methods used by our great coaches such as Anatoly Tarasov and Viktor Tikhonov alongside the leading ice hockey countries.

"Both coaches and parents will use this program, and it will help children to become great citizens of our country.