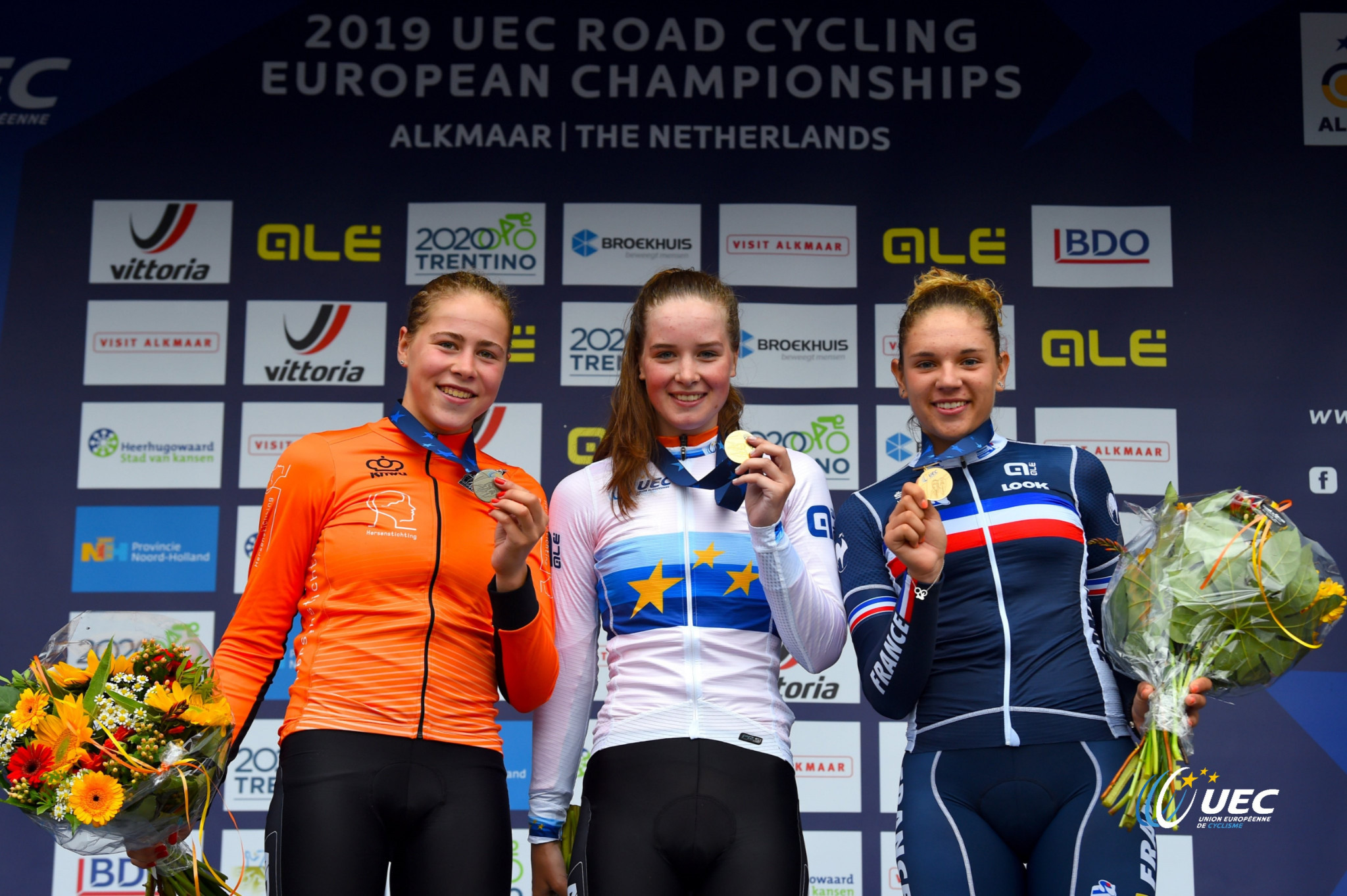 The 17-year-old claimed the fourth Dutch win in the three days of racing in Alkmaar, taking gold in a time of 1hr 44min 14sec.

The under-23 women's road race was won by Italy's Letizia Paternoster as the 19-year-old continued to enhance her reputation as one of cycling's brightest young talents.

Paternoster, who has a senior European Championships cycling gold under her belt from the team pursuit at Berlin 2017, led home a group sprint to win in 2:15.00.

Poland's Marta Lach was on Paternoster's rear wheel but was forced to settle for silver, while there was another home medal as Lonneke Uneken of Netherlands came third.

In the junior men's road race, Itay's Andrea Piccolo claimed his second medal of these Championships with bronze to follow his victory in the time trial.

The under-23s men's road race and the women's elite event are due to be held tomorrow.