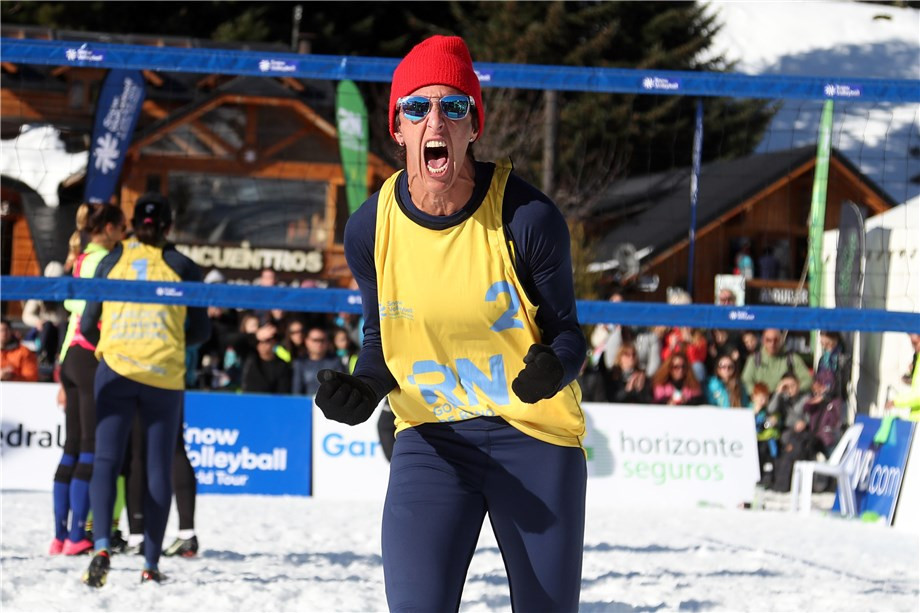 Brazil reached the semi-finals of the women's International Volleyball Federation Snow Volleyball World Tour in Argentina with a hard-fought victory against Slovakia.

The trio of Juliana Felisberta Da Silva, Josemari Alves and Tainá Silva Bigi remain the only unbeaten team in the women's draw in Bariloche.

In a close match, Brazil edged out Slovakia's Iveta Miranda, Jana Rusnakova and Silvia Poszmikova 18-16, 18-16 to set up a last four clash with Turkey.

Hosts Argentina are guaranteed one team in the final after two of the home teams set up a last four clash.

The Argentina 2 team of Estefania Milesi, Laura Moreno, Brenda Churin and Victoria Pozzo Galdon fought back from losing the first set against Czech Republic to win 8-15, 15-8, 15-10.

They will take on compatriots Virginia Zonta, Julieta Puntin, Eugenia Tuliz and Cecilia Peralta in tomorrow's semi-finals after they won 15-9, 8-15, 15-13 against the United States.

Unlike the women's draw, the two sides have been kept apart, giving an opportunity for a gold and silver medal on home snow.

Mauro Zelayeta, Bautista Amieva, Ian Mehamed and Santiago Aulisi comprise the Argentina 1 team and they reached the semi-finals with a 15-5, 15-6 against Argentina 3.

They will have to be at their best to progress to the final as they come up against Plan de Corones/Kronplatz champions the US.