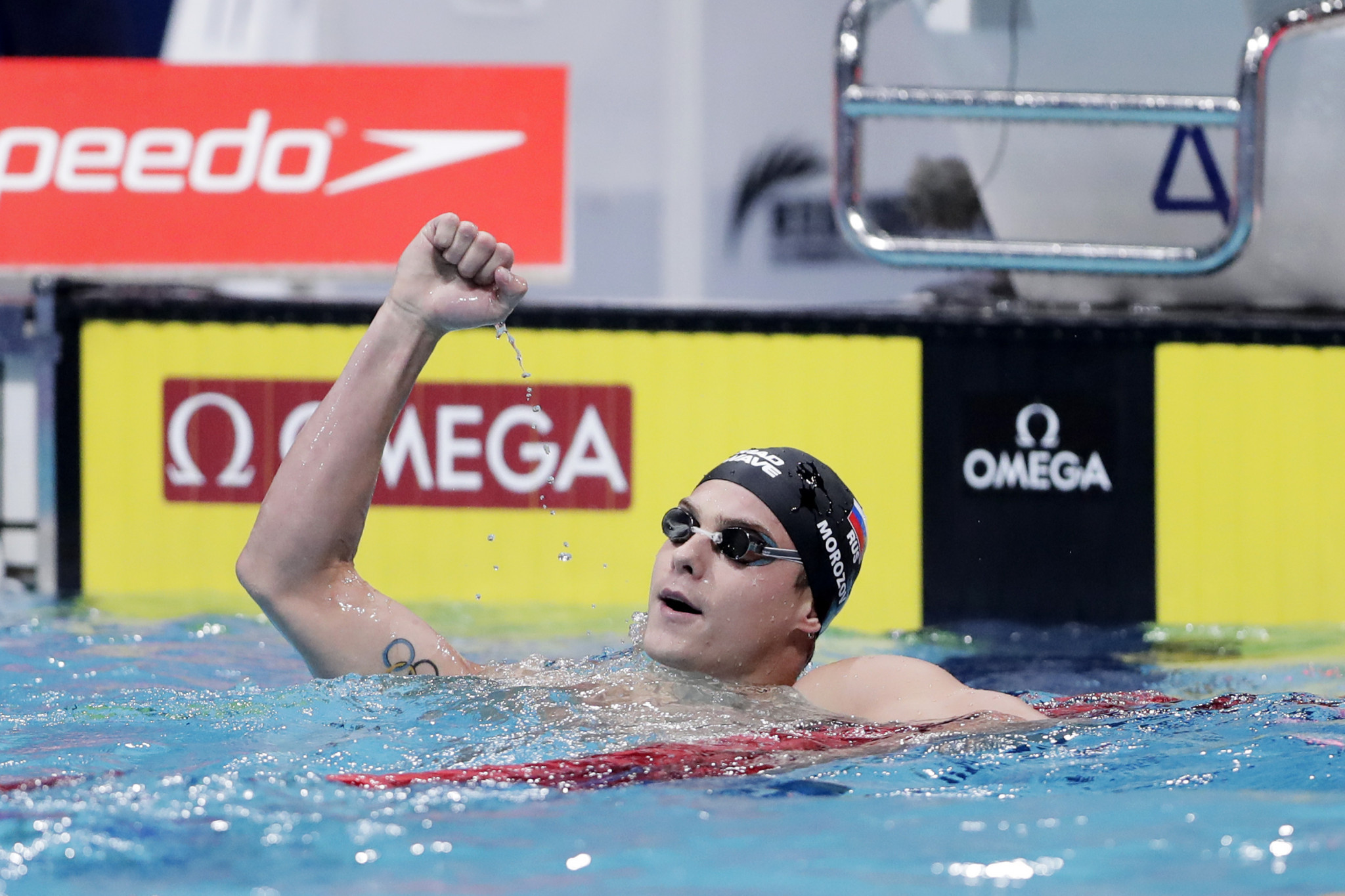 In the season-opener to the three-legged series at the Tokyo Tatsumi International Swimming Center Morozov stormed to gold in the men's 50 metres backstroke.

He touched home in 24.53sec to claim his second gold in two days, having won the men's 50m freestyle title yesterday.

Michael Andrew from the United States was second in 24.87 as Belarussian Mikita Tsmyh took the bronze medal in 25.06.

Morozov completed a hat-trick of golds when winning the 100m freestyle in 48.12.

The Hungarian was almost two seconds clear of Japan's Yui Ohashi, who finished in 4:34.27 for silver, with Spaniard Mireia Belmonte taking bronze in 4:34.47.

Hosszú had to settle for silver in the women's 100m backstroke as Australia's Emily Seebohm took victory in 59.44.

Hosszú held off Federica Pellegrini for silver in 59.65 as the Italian took the final step on the podium in 1:00.13.

Japanese hopes were high in Tokyo for a gold medal for Rio 2016 silver medallist Kosuke Hagino in the men's 200m individual medley.

There was more success for Australia in the 4x100m freestyle mixed relay as the quartet of Cameron McEvoy, Fraser-Holmes, Wilson and Cate Campbell set a FINA World Cup record of 3:24.89 in claiming the gold medal.

The first leg of the FINA World Cup, taking place at the venue due to stage the water polo during next year's Olympic Games in the Japanese capital, is scheduled to continue tomorrow.