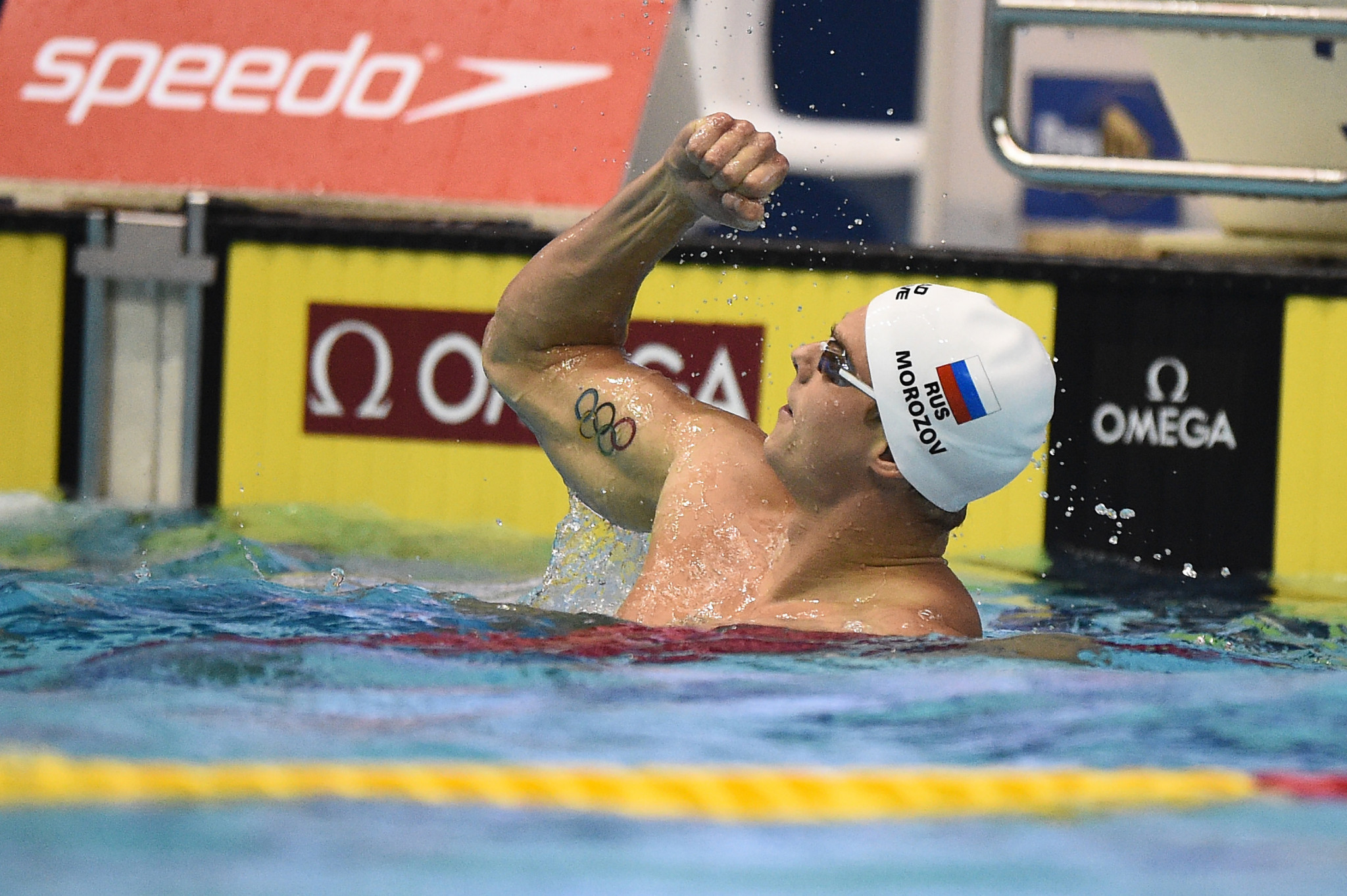 The 26-year-old touched the wall in 44.95sec to take gold, a time described by some as "downright frightening".

The world record currently stands just 100th of a second faster at 44.94.

That time was set by Frenchman Amaury Leveaux a full decade ago, at the 2008 European Championships.

Morozov cemented himself as the top seed for the final with a comparatively casual time of 47.03 in the heats this morning, before setting a new Russian national record and World Cup record this afternoon.

The previous World Cup record stood at 45.16, which Morozov himself set just a few days ago in Tokyo.

The result has helped him further distance himself from his rivals at the top of the men's standings, with a further 999 ranking points.

Australia’s Kyle Chalmers came second in 45.54, while Blake Pieroni from the US came third in 46.26.