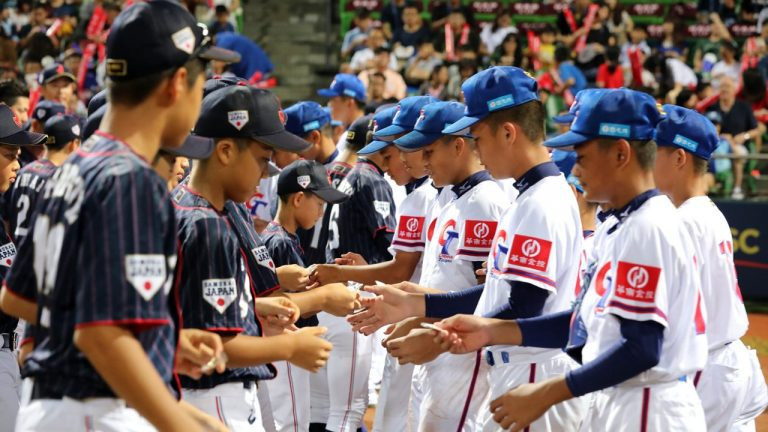 Japan will take on hosts Chinese Taipei in the final of the World Baseball and Softball Confederation (WBSC) Under-12 Baseball World Cup after they sealed a thrilling 8-7 extra-inning victory against South Korea in Taiwan.

The world number one side were made to wait for their conclusion of their super round clash with the Koreans after storms postponed play yesterday.

Leading 4-1 as the match resumed at the Tainan Asia-Pacific International Baseball Stadium, it was Japan's Sakuma Aoki who bunted the winning run to third, scored on a chopper to first by Kouta Kawashita.

South Korea had looked in control before the tropical storm hit but Japan got to pitcher Lim Hogil with a two runs batted in double by right fielder Shintaro Sakamoto that made it a one-run game in the bottom of the fourth.

The Koreans added a run on a wild pitch in the top of the fifth, before Japan came right back to send the game to an extra innings as a bases-loaded two-run hit by left fielder Shinsuke Kuwamoto tied the game.

South Korea took advantage of Japanese errors to retake the lead in the top of the seventh but Japan's first baseman Shosei Takahashi scored with a base hit to tie the score again.

Shortstop Imai Ren followed with another single before Aoki secured a first ever Under-12 final appearance for Japan.

World number four ranked Chinese Taipei finished in second place in the super round to reach the final at the 8,000 capacity Asia-Pacific International Baseball Stadium, while South Korea will meet Cuba in the battle for the bronze medal.

Chinese Taipei won the inaugural Under-12 Baseball World Cup in 2011 and have contested the first four finals.

"This is an exciting rivalry match-up that millions of baseball fans in Chinese Taipei, Japan and around the world will want to see," he said.

"Youth baseball is some of the most engaging sports content in both Chinese Taipei and Japan, and tomorrow you can see why."