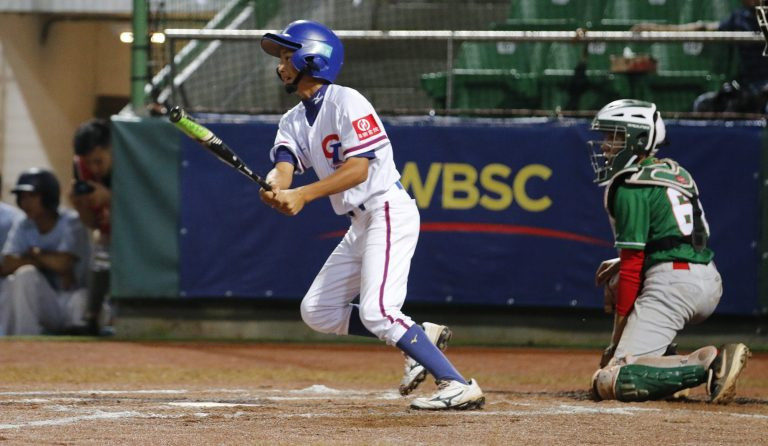 Hosts Chinese Taipei comfortably defeated Mexico today to edge closer to booking their place in the final of the World Baseball Softball Confederation Under-12 Baseball World Cup in Taiwan.

Starter Kuo Chen An went the distance for the home nation as they triumphed 11-1 at the Tainan Asia-Pacific International Baseball Stadium.

Victory moves them level on three wins with table toppers Japan, whose match with South Korea got underway before initially being delayed due to a tropical storm and then, after a two-hour wait, postponed until tomorrow.

South Korea lead the contest 4-1 in the bottom of the third inning.

The storm also imposed a two-hour delay on the start time of Chinese Taipei's clash with Mexico.

The top two teams in the six-team super-round standings will qualify for the final on Sunday (August 4).

Those ranked third and fourth will battle it out for the bronze medal on the same day.

Japan will complete their match against South Korea tomorrow before facing Mexico in their last super-round outing.

There will also be games between Cuba and South Korea, and Venezuela and Chinese Taipei.