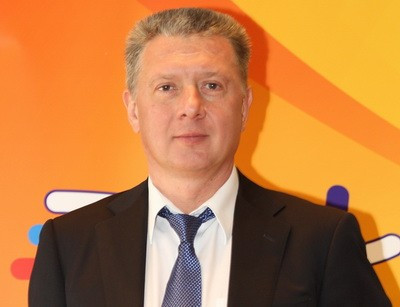 A "new athletics" study has been launched by the Russian Athletics Federation (RusAF) to strengthen anti-doping support for its athletes, coaches and other professionals involved in training athletes.

"We see it every day," Shliakhtin said.

"To make the support the most effective, RusAF launches a large-scale study.

"We want to know what is really important for athletes in anti-doping work and what kind of support they need from the Federation.

"Our common goal is to make our athletes’ training as efficient as possible and to ensure uncompromising adherence to international anti-doping rules.

"We just have to create the world’s best informational and methodological anti-doping support system for athletes."

A large-scale survey of athletes in various areas of anti-doping work will become the key element of the study.

Shliakhtin said the purpose of the survey was to get feedback to determine the range of questions they need answers to on a daily basis.

The first step of the study is for a round table to address "common approaches to the implementation of anti-doping policy in athletics" which will involve coaches, athletes, specialists, leaders and members of regional federations.

Among the topics on the agenda were ways to improve the efficiency of anti-doping work in Russian athletics, strengthening control measures and optimising anti-doping education in the athletics community.

Earlier this month, the Russian Anti-Doping Agency (RUSADA) claimed Russian track and field competitors were among their most tested athletes in 2019.

A RUSADA report said 675 track and field competitors had undergone doping tests in the first six months of this year, with 800 metres champion Sergei Dubrovsky the most tested athlete, having completed nine tests between January to June.

The organisation confirmed an investigation into 33 athletes who are facing anti-doping proceedings for using banned treatment from a doctor at a sports academy in Chuvashia, with 19 of the cases coming from athletics.

Russian President Vladimir Putin has ordered the Russian Olympic Committee to ensure the IAAF's ban on RusAF, renewed for an 11th time in June, is lifted in time for the Tokyo 2020 Olympics.