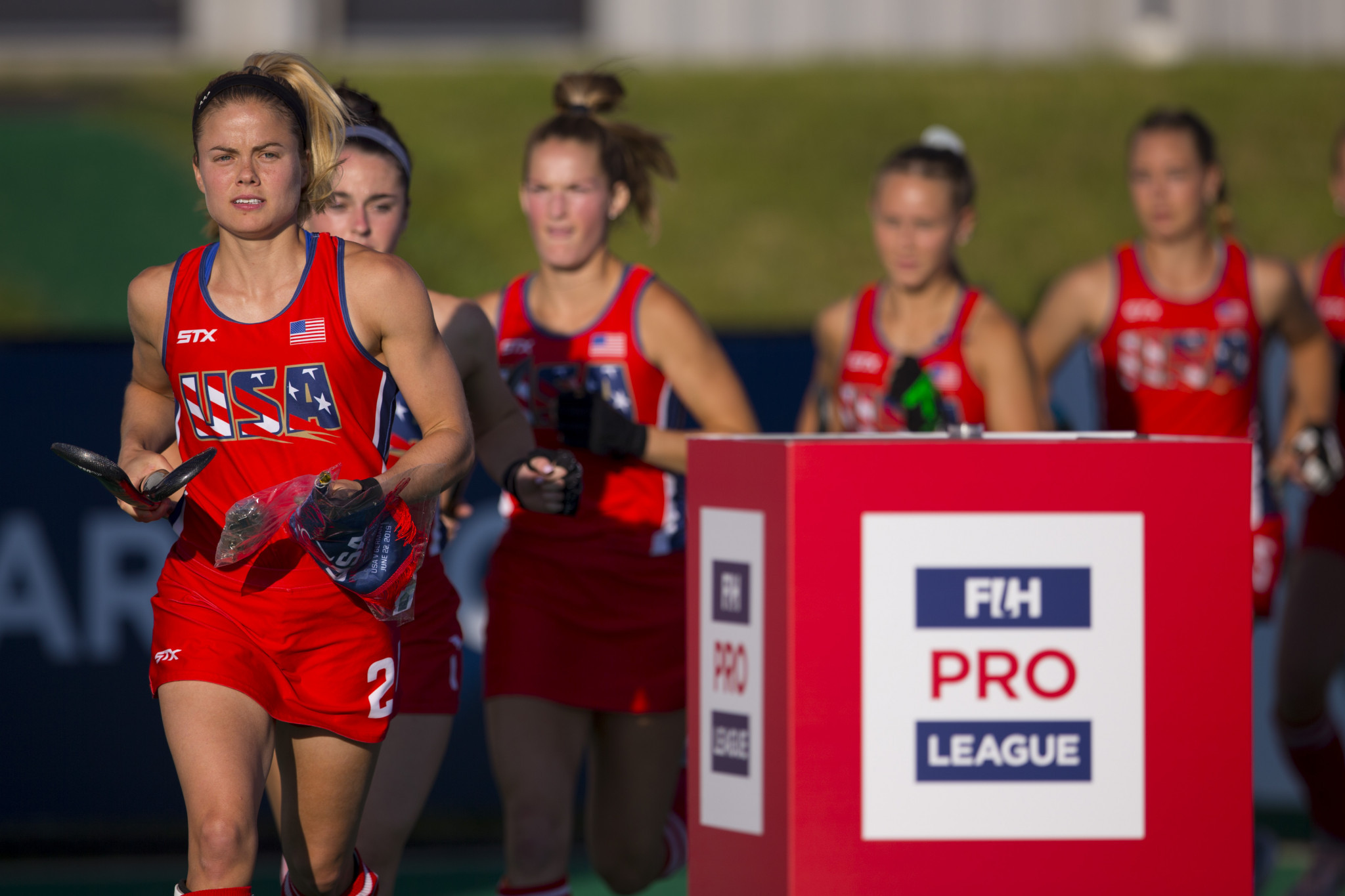 Sharkey was chosen for the role by fellow athletes in the United States’ delegation at the Games.

She has been a member of the United States women’s national team since 2011, with the 29-year-old leading their attack since.

Sharkey was a member of the squad which finished fifth at the Rio 2016 Olympic Games.

It marked the best finish by an American hockey team at the Summer Olympics since Los Angeles 1984.

She will be the first hockey player to serve as the United States’ flagbearer at the Pan American Games.

“I am very honoured to be selected as the flag bearer for Team USA at the Opening Ceremony,” Sharkey said.

“There are so many amazing athletes here in Peru and to be able to represent Team USA as the flag bearer is an amazing feeling.”

The honour will mark a perfect start to Sharkey’s Pan American Games debut, although she has earned two medals at Pan American Cup competitions.

Her international career has included victories at the 2014 Champions Challenge and 2017 World League semi-finals.

Sharkey will hope to help fire the United States to a third straight Pan American Games title, with their women’s team having beaten Argentina in the 2011 and 2015 finals.

The two nations have gone head-to-head in seven of the eight women’s hockey finals at the Games.

Argentina have won six gold medals, but the United States have claimed the last two.

The Opening Ceremony at the Estadio Nacional del Perú is due to take place tomorrow night, with Puerto Rican singer Luis Fonsi and Peruvian opera star Juan Diego Flórez set to perform in front of a sold-out crowd.

It will mark the start of 16 days of action across 39 sports, with around 6,700 athletes expected to compete.

The United States boasts one of the largest teams at the event, with 643 American athletes travelling here, while the hosts have 599 athletes.