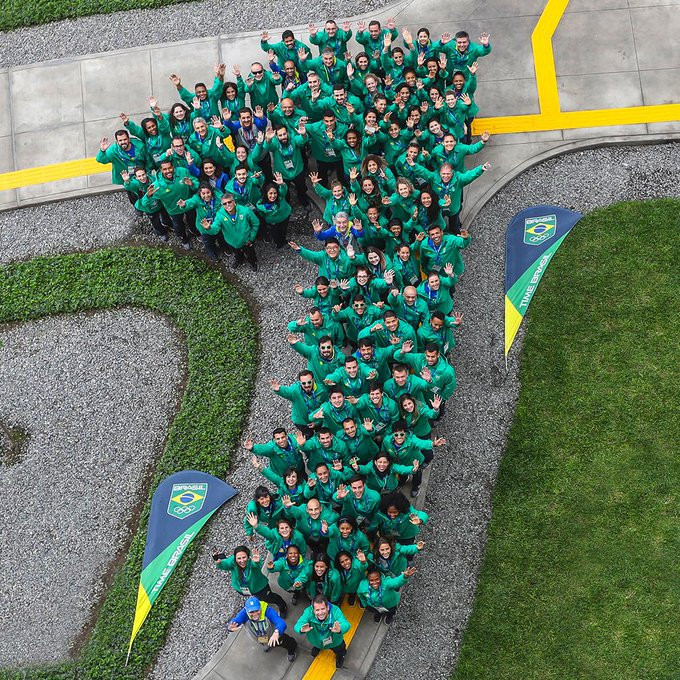 Brazilian athletes and officials marked one year to go until the Tokyo 2020 Olympic Games here at the Lima 2019 Pan American Games Village.

The celebration took place as part of the Village's official welcoming ceremony, with The Bahamas, Bolivia, Cayman Islands and Saint Lucia also in attendance.

They were presented with an Incan sculpture by the Village Mayor Giorgio Mautino.

"We asked the Lima 2019 Organising Committee to have the ceremony held on the 24th, a symbolic date, the one-year mark for the Olympic Games," said Marco Antônio La Porta, COB vice president and Chef De Mission for Lima 2019.

"The Pan American Games is key, since 22 sports are qualification events for Tokyo 2020.

"The main goal of team Brazil in Lima is to achieve the greatest number of places at the Olympic Games."

Thirty-nine sports are being competed in total until August 11, with an Opening Ceremony taking place at Estadio Nacional del Perú tomorrow.

Celebrations marking one year to go until Tokyo 2020 took place around the world yesterday, with International Olympic Committee President Thomas Bach officially inviting the world's athletes to the Games in the host city itself.

The designs of the Olympic medals were also revealed.