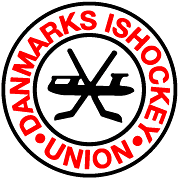 It comes after the 42-year-old Swede guided the country back to the top tier of the Women's World Championships after winning promotion.

Denmark finished second behind Hungary in Division 1A after beating Norway 4-0 in their final game.

They have not played at the top level of the World Championships since their first appearance at the second edition in Finland in 1992, but will now return to the big stage next year.

Glader will continue to job-share by also remaining in charge of women's side Lulea Hockey in Sweden.

He has won four Swedish titles with the club and three Danish players were in the title-winning squad last season.

Mikael Forsberg, Oskar Haggstrom and Ernst Andersen while again serve as Glader's assistants and will be supported by Martin Oldenow-Larsen.

"There is something strong going on in women's hockey in Denmark, and I would like to help and contribute," said Glader.

"I'm passionate about big challenges, and it really becomes a big deal to stay in the top division of the World Championship.

"There is great potential in the team, and we get better conditions during the upcoming season.

"I'm sure that many of our players will lift themselves."

Canada is hosting the 2020 World Championships in Halifax and Truro in Nova Scotia.

Denmark have been placed in Group B with Japan, Germany, the Czech Republic and Hungary.

This is the lower-tier group where three places in the quarter-finals will be on offer.