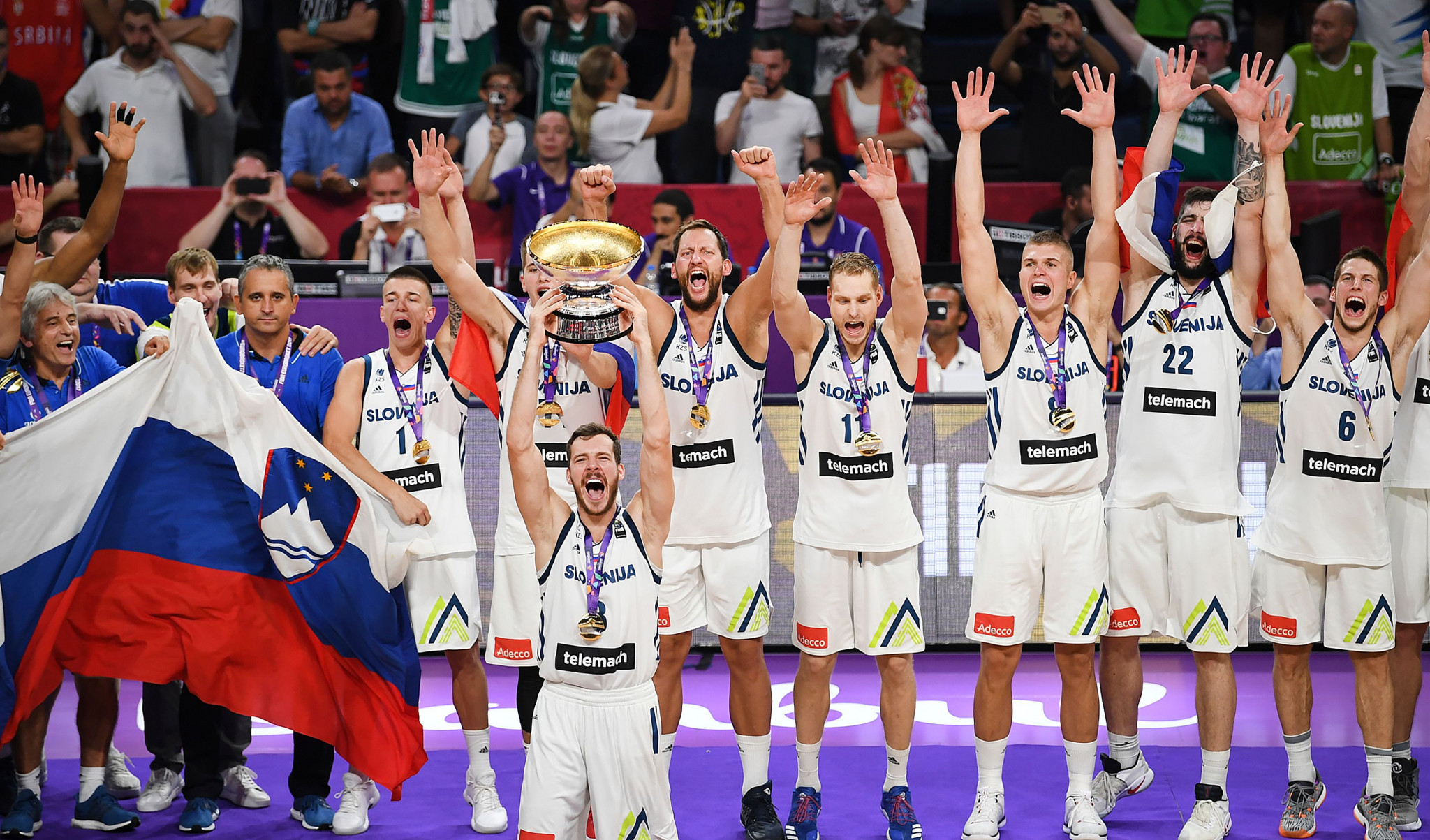 Germany, Georgia, Italy and Czech Republic have today been revealed as joint-hosts of the International Basketball Federation (FIBA) EuroBasket 2021.

FIBA Europe Board’s decision was announced at a ceremony at Bayerischer Hof Hotel in German city Munich, with Estonia, Hungary and Slovenia missing out.

All seven nations had made presentations in an attempt to stage the 41st edition of the competition.

The past two EuroBasket tournaments were hosted by multiple countries, with 2017’s edition taking place in Turkey, Finland, Israel and Romania.

Germany will stage the 2021 group phase, to be played in Cologne, and the final phase, to be contested in Berlin.

Demirel said: “We are extremely happy with today's decision to continue our tradition of multi-hosting.

“The 2021 edition will bring both experience and new ideas with Germany having already hosted the EuroBasket four times, most recently in the group phase of the 2015 edition, and Georgia coming in as a first-time organiser.

EuroBasket 2021 will take place in September and will be the first EuroBasket since it was agreed the tournament would be held every four years, rather than two.

Meanwhile, France and Spain have been awarded co-hosting rights for Women’s EuroBasket 2021.

Sweden and Ukraine, neither of which have staged the tournament, lost out in the bidding.

Palais des Sports de Gerland in Lyon and Pavelló Fuente de Sant Lluis in Valencia will be the venues for the group phase and quarter-finals, while the semi-finals, third-place game and final will be played at Bercy Arena in Paris.

The tournament will take place in June, with 16 teams set to battle it out.

The draw for the qualifiers, which start in November, will be made a week today in Munich.

Demirel said: "France and Spain are at the forefront of women's basketball in Europe, as evidenced by the fact they have met in the finals of the past two editions of the FIBA Women's EuroBasket.

“We are very happy with today's decision to have the two best European basketball nations co-host this flagship event."