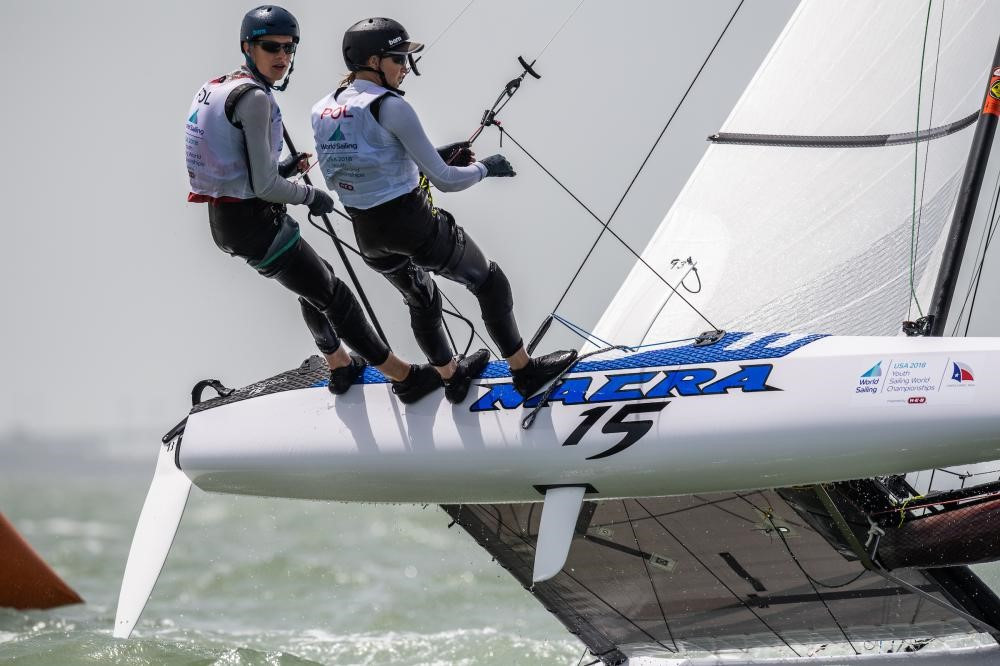 Sixty-six nations will be represented in the Polish city with 409 sailors preparing to take to the water in boys' and girls' events.

In the mixed Nacra 15 fleet Dante Cittadini of Argentina is favourite after winning gold at last year's edition in Corpus Christi in the United States.

He also won Youth Olympic gold at his home Buenos Aires 2018 Games and is competing alongside Maylen Muscia after racing with Teresa Romaironel last year.

Italy's Andrea Spagnolli and Giulia Fava came second in Corpus Christi and could be the nearest challengers to the Argentina pair.

In the boys' 420 class Poland have high home hopes for Patrik Kosmalski and Tomasz Lewandowski but New Zealand's Seb Menzies and Blake McGlashan have already impressed among the senior ranks.

A new name will be written on the girls' 420 trophy as American back-to-back winners Carmen and Emma Cowles are no longer eligible.

Brazil's Marina da Fonte and Marina Arndt, Germany's Theresa Stenlein and Lina Plettner and Croatia's Antonia Kustera and Maris Basic are among the crews trying to follow in their footsteps.

Norway's Mathias Berthet and Alexander Franks-Penty are back to defend their boys' 29er class crown while last year's silver medallists Berta Puig and Isabella Casaretto of the United States are among the strong contenders in the girls' event.

An Opening Ceremony is being held today before the start of racing tomorrow.

The Youth Sailing World Championships have proved a contentious issue for the international governing body in recent years.

World Sailing was forced to reallocate the 2016 Youth Sailing World Championships to Auckland following the withdrawal of Oman.

The Gulf nation pulled out suddenly with speculation suggesting they could not meet new criteria designed to prevent discrimination.

This was brought in after the 2015 Youth Sailing World Championships in Malaysia were overshadowed by controversy when Israeli windsurfers Yoav Omer and Noy Drihan were subjected to alleged discrimination in Langkwai.

Israel then pulled out of hosting the 2017 event in November 2016 because of an alleged inability to secure adequate funding.

It was instead staged in the Chinese city of Sanya.