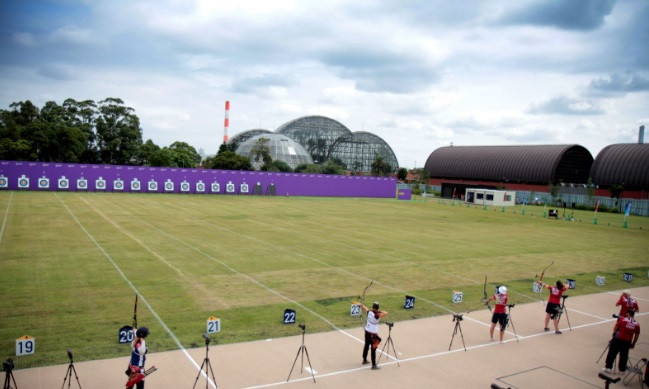 More than 130 athletes are set to take part in the archery test event for the Tokyo 2020 Olympic and Paralympic Games at Yumenoshima Archery Field this week.

The competition, which begins tomorrow and concludes next Thursday (July 18), is the second in the "Ready Steady Tokyo" test event series for next year's Olympics and Paralympics.

The archery tournament, which is closed to spectators, gives athletes a first glimpse of the venue for the sport at Tokyo 2020.

Olympic champion Chang Hye-jin, winner of the women's individual and team recurve gold medals at Rio 2016, is among the competitors set to be in action at Yumenoshima Archery Field.

"Now it feels like we're starting the Olympic process," the South Korean said.

"It reminds me of Rio.

"I expected the weather conditions here in Tokyo to be very hot and with strong wind.

"But there's no wind and the temperature is low, so that is good.

"Before the Olympic Games, this tournament gives me a chance to get experience in this field.

"I can learn the wind direction and get used to the environment."

Yuko Okura, the Tokyo 2020 sports manager for archery, said she would welcome any responses from the athletes on the venue, unveiled in April.

"I have to have people's feedback to make the event better next year," said Okura.

"Anything I can improve will be based on these people's feedback."