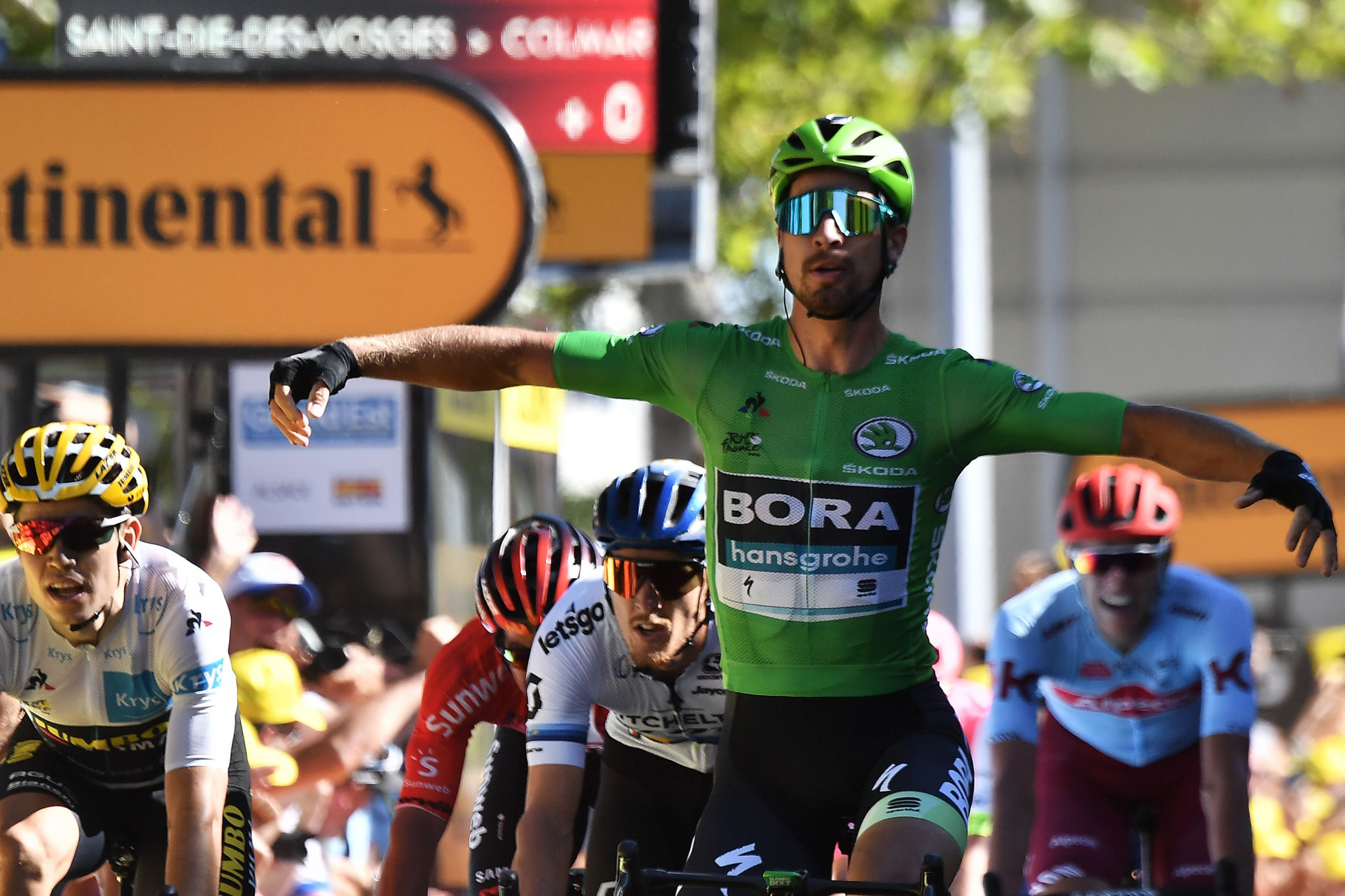 The Bora-Hansgrohe rider triumphed ahead of Belgium’s Wout van Aert of Team Jumbo-Visma and Italy’s Matteo Trentin of Mitchelton-Scott, clocking a time of 4 hours 02min 33sec for the 175.5 kilometres route from Saint-Dié-des-Vosges to Colmar.

Portugal’s Rui Costa of UAE Team Emirates attacked on his own with seven kilometres to go, but was reined in two kilometres before the finishing line.

Sagan went to the front 300 metres before the line and did not give any chance to his rivals to pass.

This is his eighth win with the green jersey, worn by the leader in the points competition.

It is also his 12th Tour de France stage victory, his first having come way back in 2012.

"I have to thank all my team-mates," Sagan said.

"We controlled the race all day and I did my best to finish the job."

Van Aert is 14 seconds behind in second place, while Jumbo-Visma team-mate Steven Kruijswijk of The Netherlands is a further 11 seconds back in third.

The Team Ineos rider is 45 seconds off the pace.

Stage six is due to take place tomorrow.

It is a 160.5km route from Mulhouse to La Planche des Belles Filles.