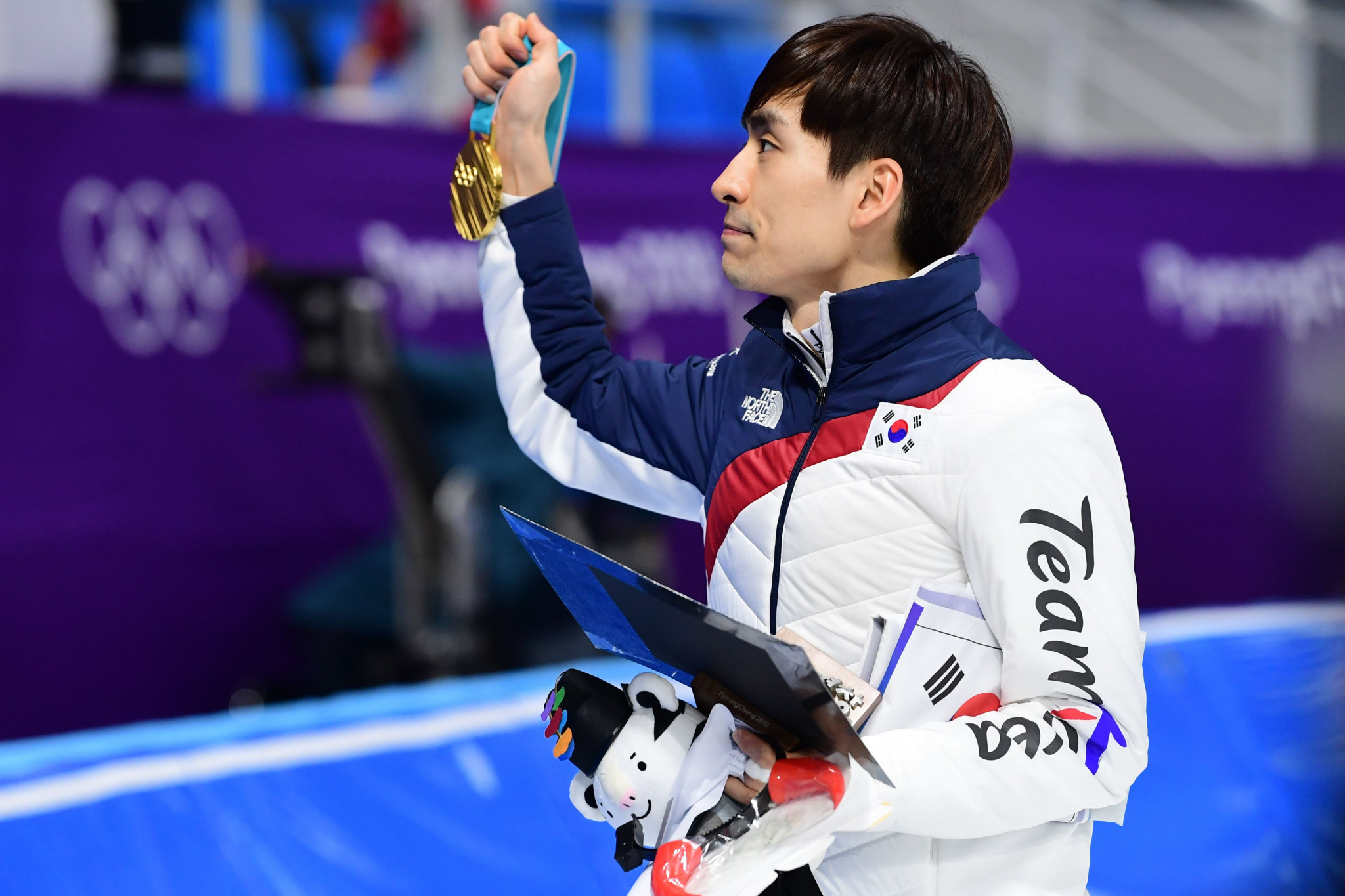 South Korea's double Olympic speed skating champion Lee Seung-hoon has been banned for a year after he was found guilty of assaulting two team-mates.

The Korea Skating Union (KSU) announced the punishment against one of the country's most decorated Olympians.

According to Korean news agency Yonhap, it was ruled that there is "sufficient testimony" from witnesses to conclude that Lee assaulted two younger colleagues "on multiple occasions".

He is said to have carried out the assaults in 2011, 2013 and 2016 at a team hotel, a restaurant and during international competitions.

The 31-year-old denies all the allegations against him and has the option to appeal to the Korean Sport and Olympic Committee.

Accusations first surfaced against Lee in May of last year after the country's Sports Ministry began to probe the KSU following a series of scandals.

Lee also claimed Olympic silver in the team pursuit at both Sochi 2014 and Pyeongchang 2018 as well as 5,000m silver in Vancouver.

At the World Championships he won the mass start title in 2016 while he also boasts two global golds in short track.

Other honours include seven gold medals from the Asian Winter Games and four titles from the Winter Universiade.

The KSU continues to battle to restore its reputation after a number of high-profile cases.

Former national team coach Cho Jae-beom was convicted of physically assaulting Olympic gold medallist Shim Suk-hee in the most serious incident and is due to stand trial on separate charges of sexual assault.

This case has led to a wider probe across sport in South Korea.

Other scandals include Kim Gun-woo being handed a one-month ban after entering the women's dormitory at a training base.

Another case is ongoing against an unnamed male skater who is accused of pulling down the trousers of a team-mate in front of the female squad.

Both men involved are said to have won medals at Pyeongchang 2018.