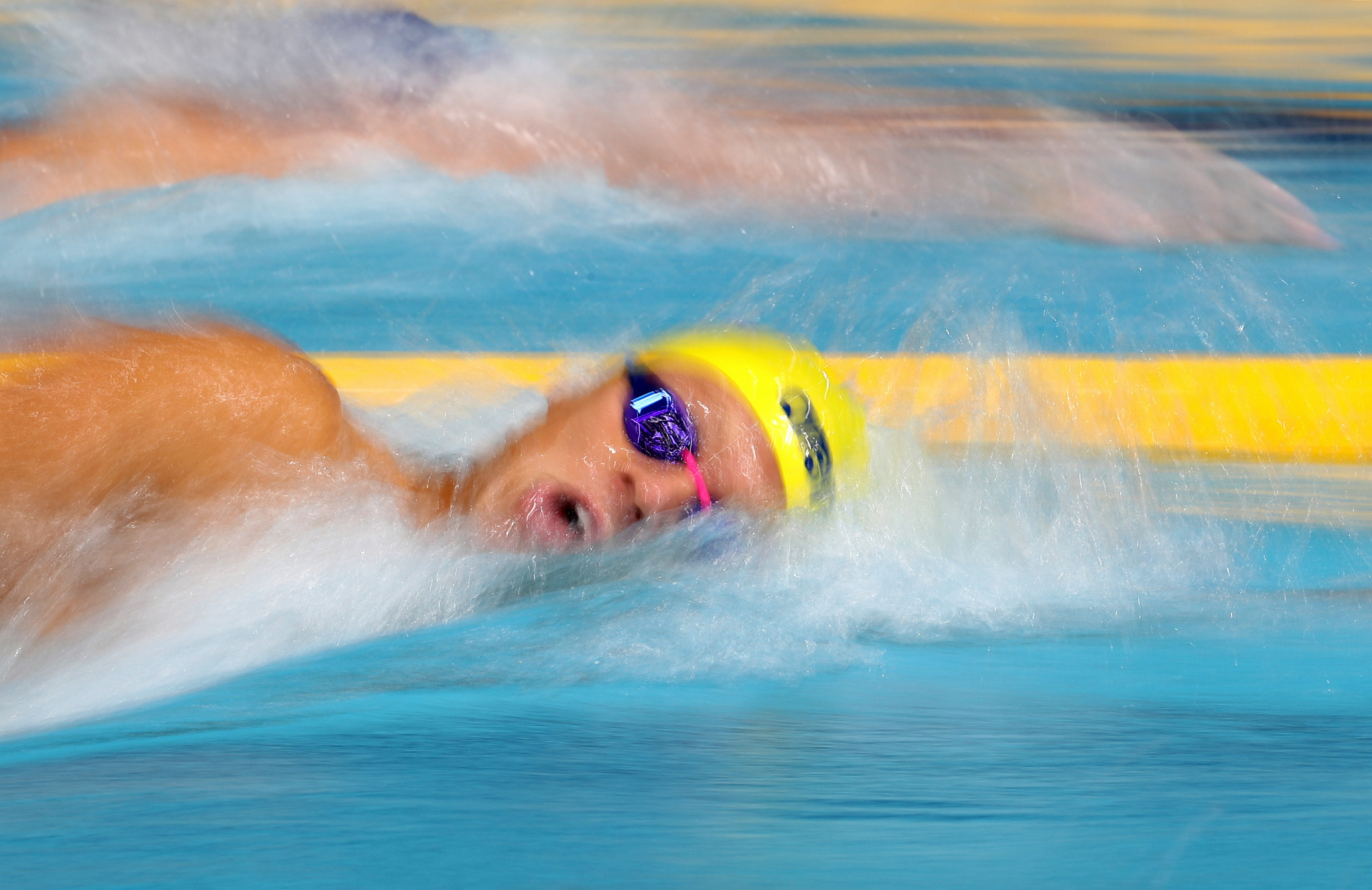 Victor Johansson of Sweden said competing at the 2020 Olympic Games in Tokyo was not his main priority after he claimed the 1,500 metres freestyle title at the Summer Universiade in Naples.

All eyes were on Italian duo Matteo Lamberti and Alessio Occhipinti ahead of the race as they sought to emulate Gregorio Paltrinieri's 2017 Universiade victory from Taipei.

It was Johansson though – who trains at altitude with Universiade 1,500m freestyle record holder Paltrinieri – who surged clear of the field to take gold in 15 mins 01.76 sec.

Johansson, who recently swapped his native Sweden for the United States, said: "During this race I was just fighting to break the 15-minute mark, that is all I wanted to do but to have a gold medal is wonderful.

"I would not say that I am confident of going to Tokyo because the past 12 months have been kind of rough.

"I started in college and got injured and sick a lot, maybe due to the new environment."

In the battle for silver, Occhipinti edged clear of American Nicholas Norman with 100m to go to take the second step on the podium in 15:07.36 as Norman settled for bronze in 15:09.29.

Elsewhere in the pool, America's domination was underlined with another two golds on day four.

Then Gabrielle De Loof clinched the women's 100m freestyle crown in 54.76 for a one-two-three finish for the United States.

Germany's Lisa Hoepink snatched silver in the final metres as she edged past Veronica Burchill to touch the wall in 55.04, with Burchill just 0.01 behind.

South Africa's Zane Waddell set a Universiade record in the men's 50m backstroke preliminary round with a 24.54 second swim.

The mark represented a 0.09 second improvement on Junya Kuga of Japan's record of 24.63 seconds, set at the 2009 Universiade in Belgrade, Serbia.

Chinese athletes clinched gold medals in all three of the diving finals at Mostra d'Oltremare.

Chunting Wu took the women’s 3m springboard title with an outstanding score of 351.85, with Dolores Hernández of Mexico in second on 302.15 points.

The bronze medal went to Russia’s Karina Shkliar on 302.15 points.

Zijie Hu and Pingan Li took the second gold of the day for China with the men's 3m synchro title, amassing 403.71 points.

Russians Ilia Molchanov and Nikita Nikolaev won silver on 373.62 and the bronze medal went to Italians Andrea Cosoli and Francesco Porco with a score of 362.64.

The clean sweep treble was completed by Jiao Jingjing and Wu Jiao, who win by a fine margin in the women's synchronised platform.

They scored 305.76, with their nearest opponents Daniela Zambrano Montiel and Alejandra Estrella of Mexico on 276.21.

Over at PalaVesuvius Main Hall, Japan won both golds on offer to make it four from four in the Universiade's artistic gymnastic contests.

The women's all-around competition was won by Hitomi Hatakeda with a score of 53.925.

Russia swept up the minor medals with Uliana Perebinosova and Lillia Akhaimova both managing 52.700.

Perebinosova took the silver based on the sport's tiebreak rules, which sees the competitors' highest execution scores compared.