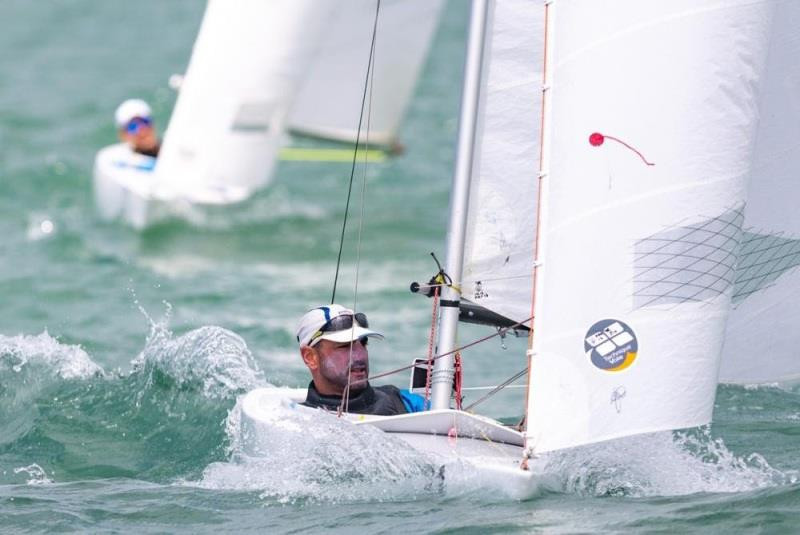 After a third day of racing, new leaders emerged in two of the four classes being raced at the Para World Sailing Championships in Puerto Sherry in the Spanish city of Cádiz.

Home favourite Violeta Del Reino, the 2017 winner and 2018 silver medallist, finished first, second and fourth in her three races today to move into the lead in the women’s Hansa 303 class ahead of Poland's Olga Górnaś-Grudzień, who had two thirds and a fifth.

Del Reino has a total of 19 points, with the Pole on 23 and Brazil’s Ana Paula Marques on 32, with all medal races scheduled for Sunday.

There was a change at the top too in the RS Venture Connect competition, where Canada’s John McRoberts and Scott Lutes moved into the ahead of Italy's Fabrizio Olmi and Davide Di Maria.

Seguin won all three races today - his lowest finish out of nine races so far is 4th! 😲

The Canadians extended their unbeaten run of the previous day, winning all three contests in blue group to total 14 points.

The Italians, racing in yellow group, put together a first, second and fourth finish to total 16, with Britain’s Will Street and Jonathan Currell moving up to third with two wins and a second place giving them 25 points.

In the 2.4mR and the men’s Hansa 303 events, both leaders maintained their positions.

Two-times Paralympic gold medallist Damien Seguin of France and Italy's Antonio Squizzato have stayed in first and second place, respectively, in the 2.4mR event, with scores of 10 and 21.

Norway’s Bjornar Erikstad is third on 24.

In the men's Hansa 303 event, Poland's 2017 world champion Piotr Cichocki extended his lead with three wins out of three, and now has 10 points.

Defending champion Chris Symonds of Australia has 18 points, and Chinese Taepei’s Wu Chi-Chian has moved up to third place with 22.