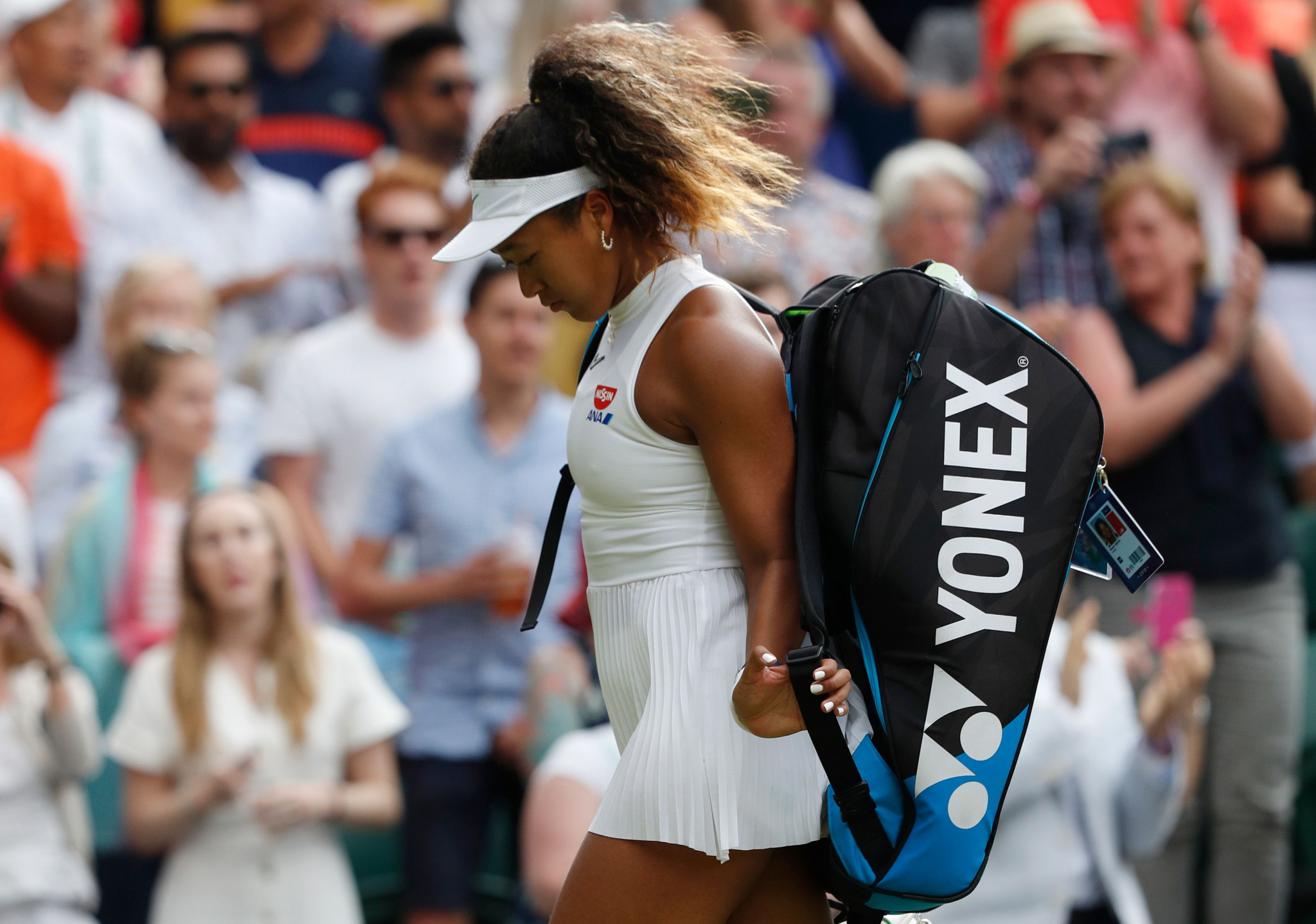 Second seed Naomi Osaka was the major casualty on the first day of Wimbledon as the women’s second seed crashed out to Kazakhstan's Yulia Putintseva.

Osaka came into the Championships with the knowledge that a third Grand Slam title in 12 months would put her back at the top of the world rankings.

The Japanese star was instead faced with the potential of a short stay at the All England Club after losing the opening set to Kazakhstan's Yulia Putintseva on a tie-break on Centre Court.

Putintseva, the world number 39, then broke Osaka at the start of the second set as the prospect of an upset grew.

Osaka threatened to immediately break back, only for Putintseva to old on before the 24-year-old secured a double break advantage.

She completed a 7-6, 6-2 victory to reach the second round for the fourth time in her career as Osaka made an early departure.

Teenage American qualifier Cori Gauff delivered one of the biggest stories of the day as she eliminated five-time champion Venus Williams.

The 15-year-old Gauff had already become the youngest player to qualify for the main Wimbledon draw since the Open era began in 1968.

She exceeded expectations further by winning her first Grand Slam singles match 6-4, 6-4 against Williams, winner of four Grand Slam titles before her opponent had been born.

Romania’s Simona Halep had no such problems as she cruised through her opening match on Court One featuring a new roof for the tournament.

Halep recorded a 6-4, 7-5 victory over Belarus’ Aliaksandra Sasnovich to progress.

The opening match of the tournament saw the Serbian star record a 6-3, 7-5, 6-3 win as Djokovic begins his pursuit of a fifth Wimbledon title.