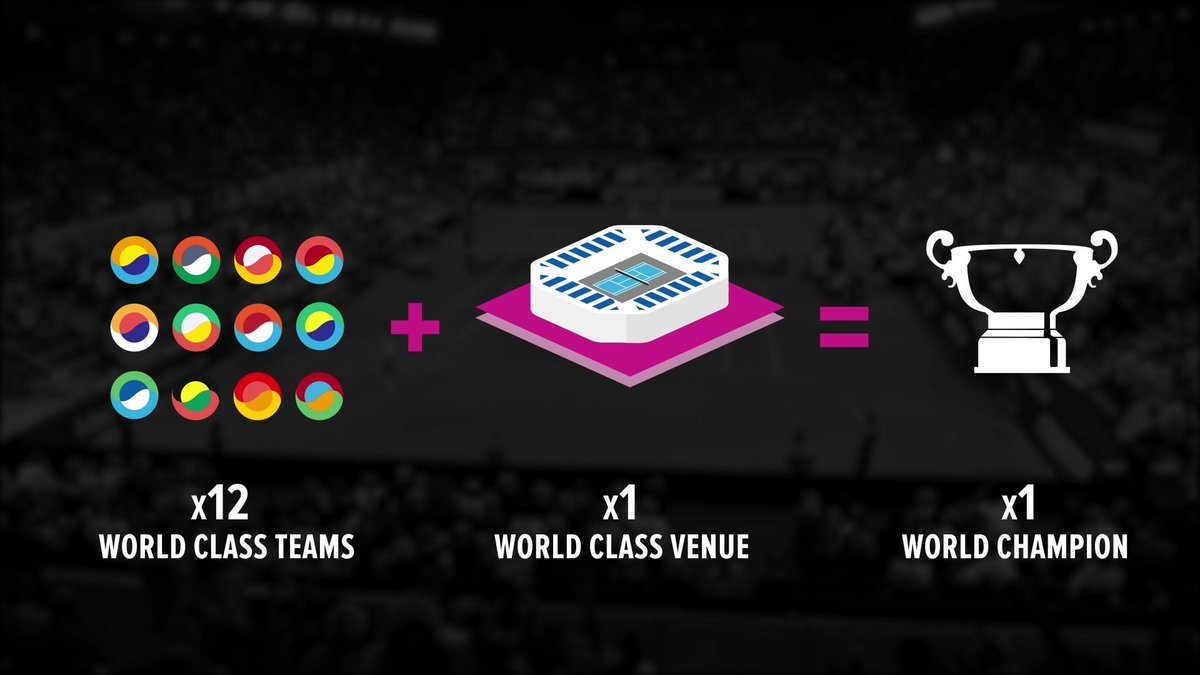 Budapest will host a revamped Fed Cup Finals for the next three years, the International Tennis Federation (ITF) announced today.

The ITF revealed their “World Cup of Tennis” format for the Fed Cup, which will see an increase from eight competing nations up to 20.

A total of 12 nations will qualify for the Fed Cup Finals in Budapest, which will be held at the Laszlo Papp Budapest Sports Arena on clay on two match courts from 2020 to 2023.

The remaining $6 million (£4.7 million/€5.2 million) will be given to National Associations.

A group of 16 nations are set to compete in the 2020 Fed Cup qualifiers on February 7 and 8 on a home-and-away basis over five matches.

They will earn one of eight places in the finals, where they will join the previous year’s finalists, Australia and France, host nation Hungary and one wild card nation to be confirmed.

Belarus, Belgium, Brazil, Canada, Czech Republic, Germany, Britain, Japan, Kazakhstan, Latvia, Romania, Russia, Slovakia, Spain, Switzerland and the United States are due to take part in the qualifiers as it stands, owing to their performances in this year’s Fed Cup.

The finals will feature a round-robin format with four groups of three teams, followed by knock-out semi-finals and final.

All matches will consist of two singles and one doubles.

There will be no change to the format of the regional group events, which will continue to consist of week-long round-robin tournaments.

With the expansion of the elite level of the competition, the number of nations qualifying from the regional Group I events for the Fed Cup play-offs has doubled from four to eight.

These nations will face the eight losing nations from the Fed Cup qualifiers to earn a place in the following year’s qualifiers.

The revised Fed Cup format comes a year after the ITF unveiled controversial reforms of a revamped Davis Cup competition.

“The launch of the Fed Cup by BNP Paribas Finals will create a festival of tennis that elevates this flagship women’s team competition to a new level, yet remains loyal to the historic core of the Fed Cup,” said David Haggerty, ITF President.

“We have consulted and listened to stakeholders and worked with the Women’s Tennis Association and its Player Council to make sure the new format represents the interests of the players.

“We pledged to our National Associations during the 2018 annual general meeting that we would introduce reforms that will grow the competition’s global audience and enable greater investment into the future of the sport.

The format was approved by the ITF Board, with the governing body claiming its approval followed an extensive review and consultation process.

The format is claimed to respect the existing women’s tennis calendar by reducing Fed Cup to two weeks of competition in existing Fed Cup weeks.

ITF claim it also supports player health through the extension of the off season by moving the finals from November to April.

The increased prize money will include an additional $4.9 million (£3.8 million/€4.3 million) for nations competing below the elite level of the competition.

Balazs Furjes, Hungarian Secretary of State of Budapest’s Development and International Sports Events, has welcome the decision to award the finals to the capital city for the next three years.

“The announcement of Budapest as host for the new Fed Cup by BNP Paribas Finals is the jewel in the crown of the city’s global tennis ambitions and underlines our status as one of the prime global capitals of sport,” he said.

It is due to stage the first edition of the World Urban Games this year, along with potentially staging the 2021 event.

Budapest will also host the start of next year’s Giro d’Italia.