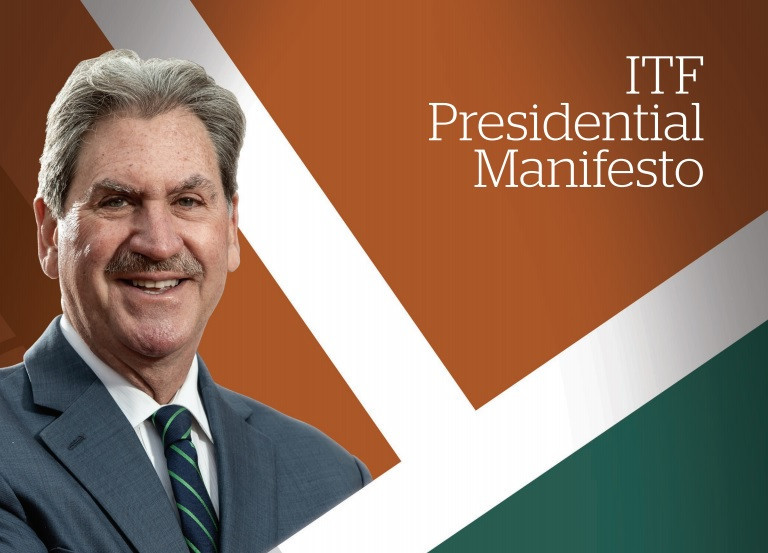 International Tennis Federation (ITF) President David Haggerty has promised to continue increasing development funding and oversee a structural change at the governing body as he unveiled his manifesto as part of his bid for re-election.

The American is facing three challengers for his position after Ireland's Dave Miley, Czech Republic's Ivo Kaderka and Indian Anil Khanna were confirmed as candidates by the ITF earlier this month.

Haggerty, nominated to serve a second term at the helm of the ITF by the United States Tennis Association, has made eight key promises in his manifesto, entitled Working together - Looking ahead.

He has pledged to increase the ITF's revenue generation and grow the amount of development money invested in the sport to $18 million (£14 million/€16 million) if he is given a second four-year term as President.

The former USTA President and chairman of the US Open has vowed to ensure the controversial changes to the Davis Cup are implemented successfully and to oversee similar reforms to the Fed Cup.

A change in structure and administration at the ITF is another promise made by Haggerty as he claimed he would review the roles and responsibilities of the President and chief executive by appointing a taskforce, who will make recommendations to the Board on any possible alterations.

Haggerty has also pledged to "continue to ensure member nations' voices are heard" and maintain his "personal commitment to development funding".

Haggerty, seeking a fresh term through to 2023, also claimed he had fulfilled all the promises he made when he was elected in 2015.

"We have achieved a great deal together in the past four years, but there is always room for improvement and still much more we can achieve," he said.

"Working with all stakeholders, I will continue finding new investment to ensure that the ITF and member nations can achieve the mission to develop, grow and promote tennis around the world.

"I will focus on development to enable the growth of tennis where it is most needed. I will work tirelessly to make sure the ITF’s flagship events – the Davis Cup and Fed Cup – are world-class occasions.

"I will be committed to elevating tennis in the Olympic and Paralympic Movements ahead of the build up to Tokyo 2020. I will strive to develop strong and long-lasting relationships with all partners.

"I will guarantee the implementation of the highest standards of integrity, governance and transparency. I will dedicate myself to further improving communication within the ITF family."

The vote is due to take place at the ITF Annual General Assembly in Lisbon in Portugal on September 27.

Miley has revealed part of his plans but has not yet released a full manifesto.