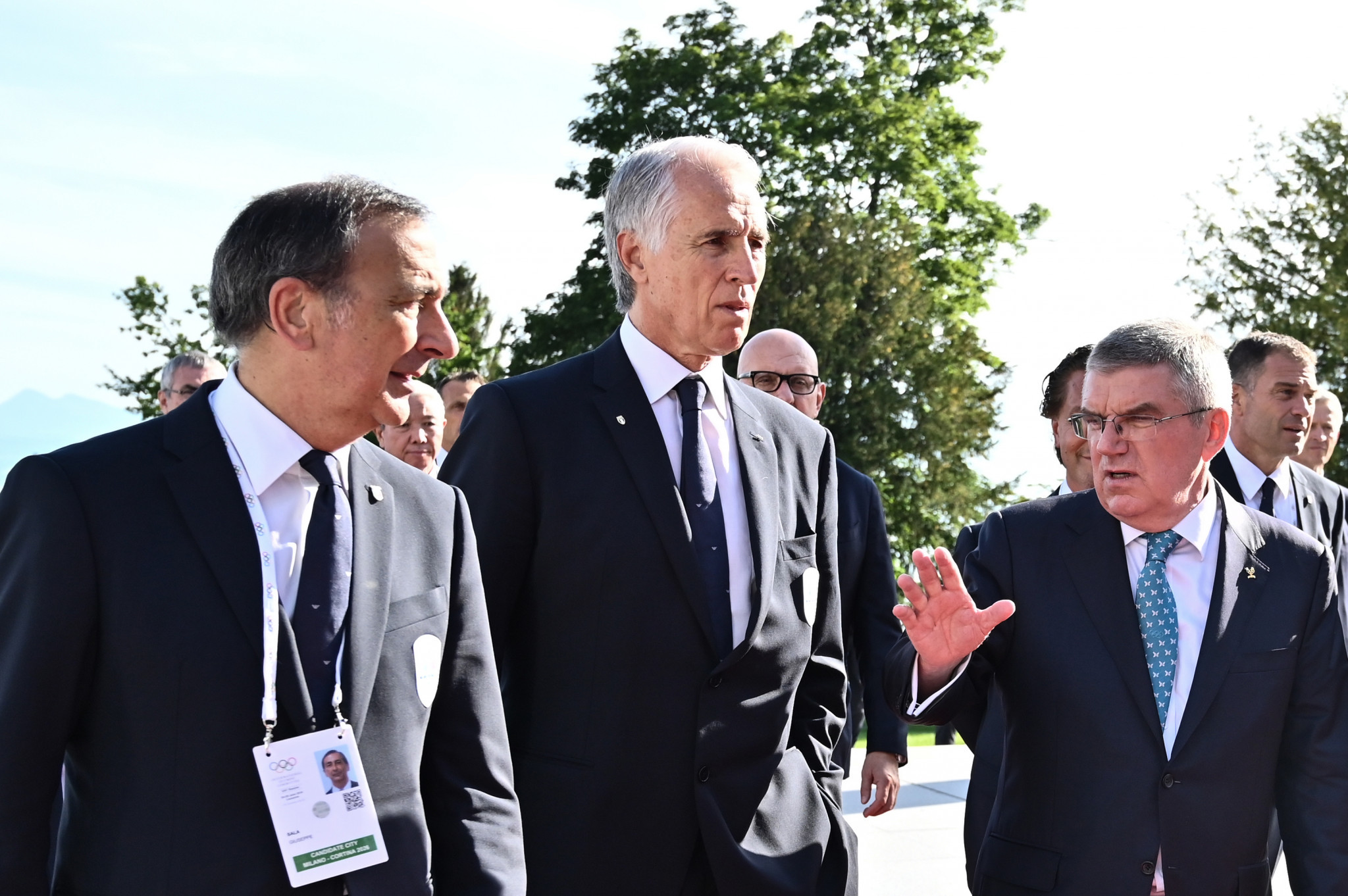 Milan and Cortina d'Ampezzo bid leader Giovanni Malagò claimed it is "not possible to have a better offer" than the candidature from the two Italian cities for the 2026 Winter Olympic and Paralympic Games on the eve of the vote here.

Malagò claimed, following a meeting with IOC officials, that he was "confident" in Milan Cortina's chances and touted the high levels of public support in Italy as a reason for his optimism.

The Milan Cortina 2026 team put their case to IOC President Thomas Bach, Olympic Games executive director Christophe Dubi, the four vice-presidents and 2026 Evaluation Commission chairman Octavian Morariu at the meeting on the eve of the IOC Session at the Swiss Tech Convention Center

"For me it is a fantastic bid and is a unique opportunity concerning the 'New Norm' and 'Agenda 2020'," Malagò, President of the Italian National Olympic Committee, said.

"It is not possible to have an offer better than Milan Cortina, Lombardy and Veneto."

The Italian bid, thought to be the front-runner at this stage, is up against a candidacy from Stockholm Åre in Sweden.

Its levels of support are higher than its rival, while the IOC Evaluation Commission report released last month seemed to hand Milan Cortina 2026 the edge.

Milan Cortina 2026 has 83 per cent support across Italy, according to Malagò, while that figure rises to 87 per cent in Milan.

Malagò claimed he was "sure" the bid team would be able to convince the IOC members of the reasons why it should host the Games over Stockholm Åre in the final few hours before the vote.

A new report this week raised fresh concerns over the fragility of the Italian economy, however.

Italian Prime Minister Giuseppe Conte is due to attend the Session tomorrow, where over 80 members will elect their preferred host, but he was not present for the meeting with the IOC today.