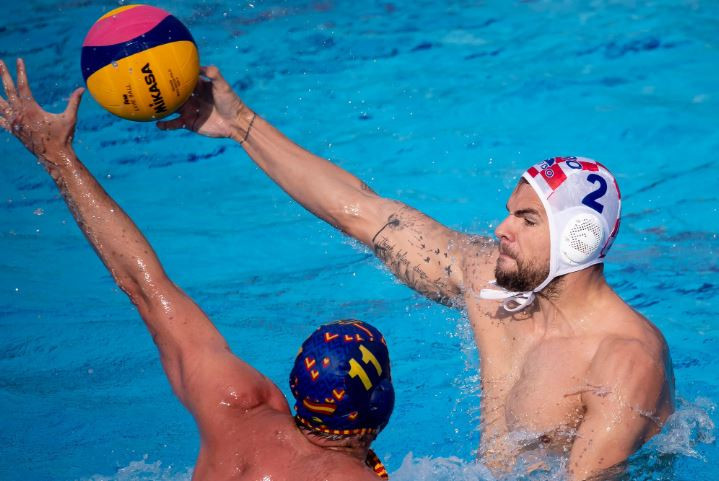 Serbia will take on Croatia in the final of the International Swimming Federation Men's Water Polo World League Super Final after seeing off Australia 13-8 in Belgrade.

The hosts forged a 6-1 lead in the opening period with Filip Filipović netting twice at Tašmajdan Sports and Recreation Centre.

Building on their lead, Serbia moved 9-3 ahead at halftime and were always in command as Filipović nabbed another three goals and Andrija Prlainović contributed a hat-trick.

Australia fought back in the fourth quarter through a Joseph Kayes brace but the hosts maintained a five-goal advantage to progress to tomorrow's final.

Croatia await in the final – where the winners will seal a spot at Tokyo 2020 – after holding off a Spanish comeback to win 13-11.

Having defeated their opponents in the semi-finals of the Europa Cup in a tense final period, they made life easier for themselves by storming into a 5-1 lead in Belgrade.

Javier Garcia and Josip Vrlić netted twice apiece as Spain were prevented from playing their own game and Croatia led 8-3 at halftime.

Alberto Munárriz Egaña netted a second-half hat-trick for the Spanish but Croatia kept their goal tally ticking over and triumphed 13-11.

Mark Kallay, Gergo Kovacs and Bence Batori all grabbed hat-tricks as Hungary eased past Canada to earn a fifth-place playoff against Japan.

The Hungarians took a 4-3 lead in the first quarter and forged ahead 8-6 at the break.

Japan, meanwhile, had to fight off a late surge from Kazakhstan as they rallied from 13-8 down to 13-12 in the closing stages, but the Japanese held on.