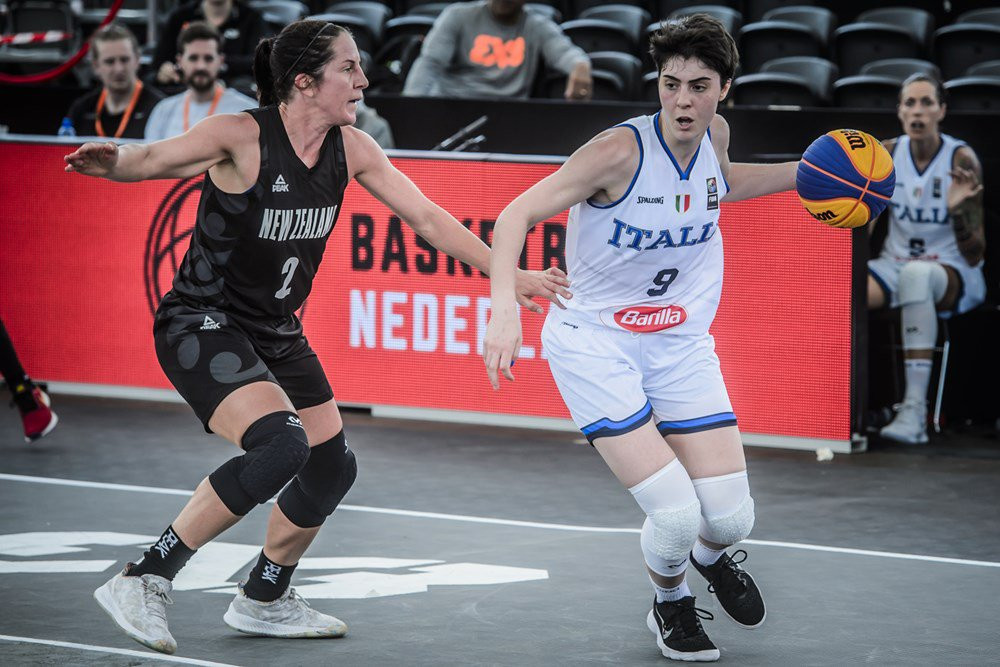 Both the men's and women's reigning champions have made it through to the knockout stage of the International Basketball Federation 3x3 World Cup in Amsterdam.

In men's Pool A, reigning champions Serbia, who had their 15-match unbeaten run ended by the United States on Wednesday, returned to winning ways to earn their quarter-final spot.

The top-ranked side beat Turkey 22-10 and South Korea 21-16, but could only finish second in Pool A after the US kept their 100 per cent record.

The Americans beat Korea 22-8, then ended the dreams of hosts and last year's runners-up Netherlands of lifting the title, winning a dramatic encounter 15-14.

The French side, only ranked 15th in this year's competition, completed the pool stage with a perfect record after beating China 22-9 earlier today.

Slovenia had earlier guaranteed their spot in the last eight with a narrow 18-17 victory over Qatar, but their loss to France means they face a tougher route if they want to repeat or do better than last year's performance.

We are headed to the #3x3WC quarters as the top team out of Group A. pic.twitter.com/WbA9mjR8Cv

In the women's competition, defending champions Italy and last year's runners-up Russia are both through to the quarter-finals, although the Russians got their revenge for the 2018 final loss with an 18-10 victory in Pool D.

Italy recovered to earn a knockout spot by inflicting a fourth defeat in four on Indonesia, 17-9, which bumped them above New Zealand in the pool, after the bottom-ranked side of the 20 competing nations narrowly missed out on a slot in the last eight.

New Zealand were overcome 17-16 by Russia in their final pool match and bowed out at the first hurdle.

France topped Pool B with four wins from four, beating Australia in a tense encounter 17-16 before easing to a 20-10 victory over Switzerland.

Australia join them in the last eight, having knocked out sixth-ranked Japan with an 18-16 victory before their winning streak was ended by the French.