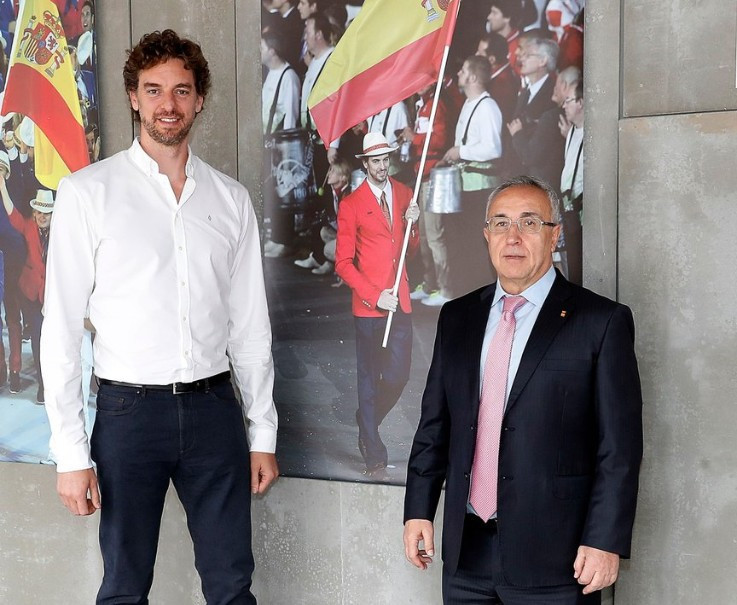 Gasol is a three-time Olympic medallist having won silver at Beijing 2008 and London 2012 before earning bronze at Rio 2016.

He was chosen to carry Spain's flag at the London 2012 Opening Ceremony, replacing the injured Rafael Nadal.

The 38-year-old was the most valuable player when Spain won the 2006 FIBA World Championships.

Gasol featured as part of Spain’s successful teams at EuroBasket in 2009, 2011 and 2015, where he was named most valuable player on two occasions.

The COE revealed their approval of Gasol to the elections for IOC Athletes Commission was unanimous amongst their Executive Committee.

The organisation noted that Gasol was elected member and vice-president of the Executive Committee of the National Basketball Players Association (NBPA).

He was the first player to participate in the NPBA Executive Committee that did not pass through the National Collegiate Athletic Association.

Gasol’s social work has also been highlighted having won the J. Walter Kennedy Citizenship Award in 2012.

The annual honour, made by the National Basketball Association (NBA), recognises a player or coach who shows outstanding service and dedication to the community.

The Spaniard and his brother Marc are also responsible for Gasol Foundation, which aims to reduce child obesity rates and promote healthy lifestyles among children and young people.

He is the Goodwill Ambassador of the UNICEF Spanish Committee.

Gasol currently plays for the Milwaukee Bucks in the NBA, having previously played for the Memphis Grizzlies, Los Angeles Lakers, the Chicago Bulls and the San Antonio Spurs.

Gasol was a two-time NBA winner with the Los Angeles Lakers and is a six-time NBA All-Star.

"Honoured for this new opportunity to represent my fellow athletes in the IOC," Gasol said.

The IOC Athletes’ Commission elections are due to take place at the Tokyo 2020 Olympic Games.

The elected candidates will serve an eight-year term on the Commission.

Zimbabwe’s Kirsty Coventry and Slovakia’s Danka Barteková, the current chair and vice-chair of the Commission, will see their terms conclude having been elected at London 2012.

Coventry is a member of the IOC Executive Board, which started its two-day meeting here today.

Either four or five members will be elected to the IOC Athletes Commission.

IOC President Thomas Bach potentially could appoint a member to to ensure a balance between regions, gender and sports.

Members will be elected by a secret ballot of the athletes competing at Tokyo 2020.

Candidates would either have had to compete at Rio 2016 or Tokyo 2020 to be able to stand for the Commission.