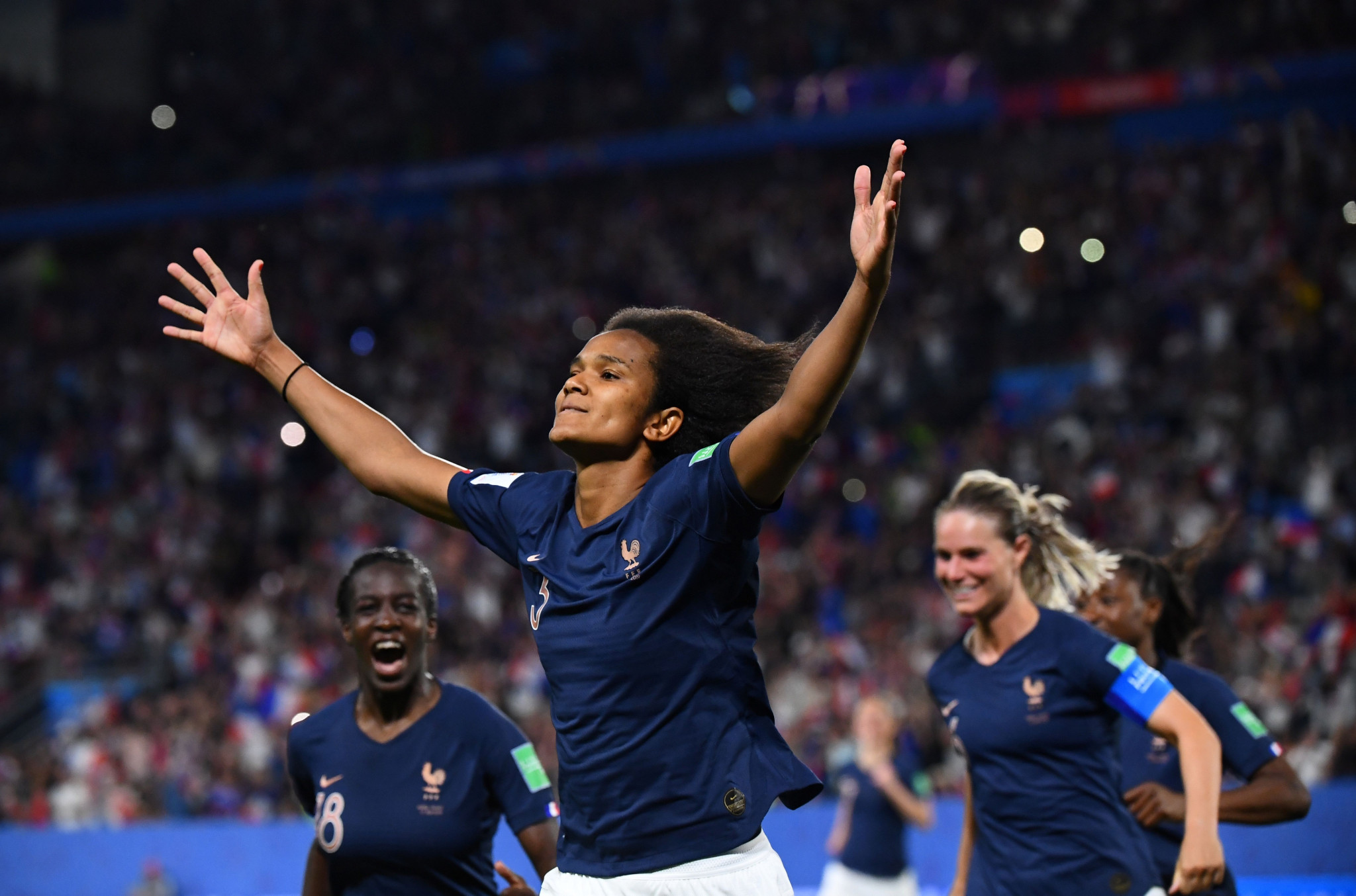 The home side were awarded a penalty with 16 minutes left of the clash at Roazhon Park in Rennes after Viviane Asseyi had been felled by Ngozi Ebere, the latter earning her second caution and a dismissal as a result.

Wendie Renard hit a post with the resultant penalty – awarded after a VAR check – but a second check resulted in a retake with keeper Chiamaka Nnadozie deemed to have strayed marginally early from her goalline.

Defender Renard found the top-right corner of the net at the second attempt, ensuring France headed into the last 16 as Group A winners.

Caroline Graham Hansen converted from 12 yards early on and Isabell Herlovsen added another six minutes after the restart.

Yeo Min-ji’s late effort proved only a consolation for the South Koreans.

Germany topped Group B having roared to a 4-0 win against South Africa, who were not helped by a catalogue of defensive mistakes.

Melanie Leupolz headed the Germans in front at Stade de la Mosson in Montpellier and after Banyana Banyana goalkeeper Andile Dlamini had made a mess of dealing with Verena Schweers’ cross, Sara Dabritz converted.

Lina Magull rounded off the scoring just before the hour when she tapped home after Marina Hegering’s header had been tipped on to the post by Dlamini.

Elsewhere in Group B, China and Spain progressed to the knockout phase after playing out a 0-0 draw at Stade Océane in Le Havre.

It was the first time Spain had gone beyond the group phase, following their tournament debut four years ago.