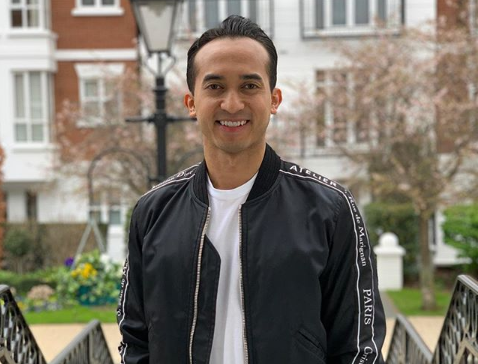 Paralympic Council of Malaysia (PCM) President Nasarudin Nasimuddin has confirmed he will not seek re-election at the organisation's annual general meeting on June 29.

Nasarudin has served in the role for three-and-a-half years, overseeing Malaysia competing at the Rio 2016 Paralympics and the build-up to Tokyo 2020 next year.

In a statement on his official Instagram page, Nasarudin said: "I will not be seeking re-election as President.

"I have been the President of PCM since January 2016 and I would like to thank its patron Tun Jeanne Abdullah, my deputy president John Ng Keng Chuan and all council members for their support in making these past three years amongst the best years for PCM.

"My mission was to restructure PCM and put the right framework and governance in running the council, as well as strengthen the national Para-sports associations in identifying potential athletes and enabling these associations to reach their goals.

I wish to announce my departure from the Paralympic Council of Malaysia as President after 3.5 years. The past few years at MPM have been an eye opening journey into the world of para sports for me. The athletes’ humility, courage, sportsmanship, selflessness and their trials and triumphs have moved many and filled us with pride. Never have I been more proud of our ‘extraordinary heroes’ who are so hardworking and determined despite being in the face of adversity to pursue excellence not only in sports, but also in life. They have shown that nothing is impossible and that life is about rising above yourself and not what others perceive of you. Thank you for inspiring us and doing your best to bring glory to our nation. Thank you to their loved ones, coaches and supporters who made sacrifices so their dreams can be fulfilled. The last few years have been remarkable and telling of the athletes’ talents and sporting abilities. Their new world records only set the stage for many more accomplishments to come and I look forward to the Tokyo 2020 Paralympics. I wish the upcoming Council the best. I will forever continue to support MPM and all their efforts! #TeamMAS #KamiLuarBiasa

"I am honoured that it was during this transitional period of PCM that the Malaysian Para-contingent achieved their first-ever gold medals at the 2016 Rio Paralympics, which saw the team return with three gold and one bronze medal.

"To all the sponsors who responded to our call, I thank you for being there every step of the way."

Nasarudin, who is also joint executive chairman of Malaysian conglomerate NAZA, stepped into the role of PCM President in January 2015.

Malaysian Para-sport has been embroiled in scandal this year after Kuching was stripped of the hosting rights for the World Para Swimming Championships.

This followed the country's Government declaring that Israeli athletes would not be welcome.

London has stepped in and will play host between September 9 and 15.