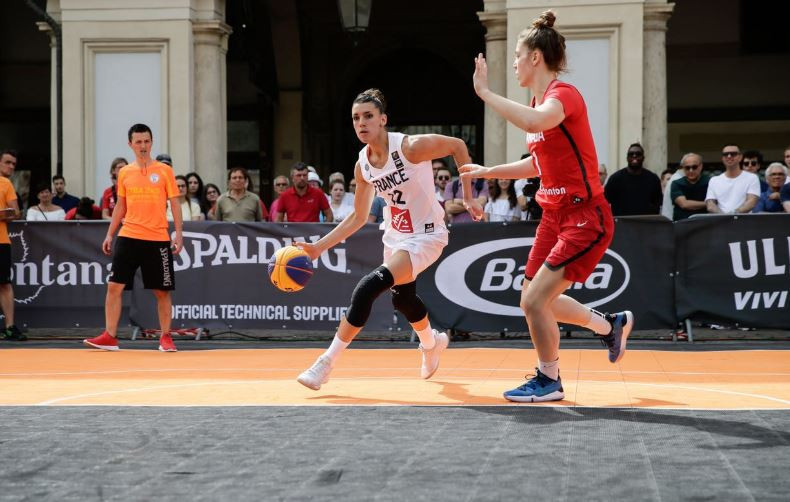 In Pool A, the hotly-anticipated clash between the United States and France will be held over, along with both of the final Pool B matches – Mongolia against Ireland and Serbia against Italy – with the quarter-finals, semi-finals and finals due to start tomorrow afternoon.

The US and France both have two wins under their belts in Pool A and their match tomorrow will decide the group winner.

Number one seeds France have two of the world's top players in their ranks in Migna Touré and Marie-Eve Paget but they were overshadowed by team mates Laetitia Guapo and Ana Maria Filip, who scored four points each as France eased to a 14-7 victory against Canada.

The #3x3WS Torino Stop was suspended due to rain. 🌧️ We're back tomorrow morning at 10am local time, LIVE on https://t.co/QrItUZ3quj https://t.co/qv1kRfNVxh

Touré was in dominant form in France's second match, contributing nine points in a 19-13 victory over Czech Republic.

The Americans had much more uncomfortable day as they edged a nervy battle against neighbours Canada 16-15.

Michelle Plouffe top scored for the Canadians with eight points but it was the contributions of Christyn Williams and Bella Alarie, with five points apiece, and Aleah Goodman on six points that secured a hard-fought win.

Charli Collier was the highest scorer with six points in an easier 19-13 victory against the Czechs, who are bottom of the pool after losing 20-6 against Canada.

Serbia and Italy will lock horns tomorrow for the right to top Pool B after both countries won their opening two matches.

Jefimija Karakašević scored seven of Serbia's points as they defeated Mongolia 14-6 and they won 17-13 against Ireland to go top on points scored.

Italy, buoyed on by a vociferous home crowd, won 13-9 against Ireland before edging out Mongolia 11-10.

With two games to be played tomorrow, all four teams can still progress to the quarter-finals.