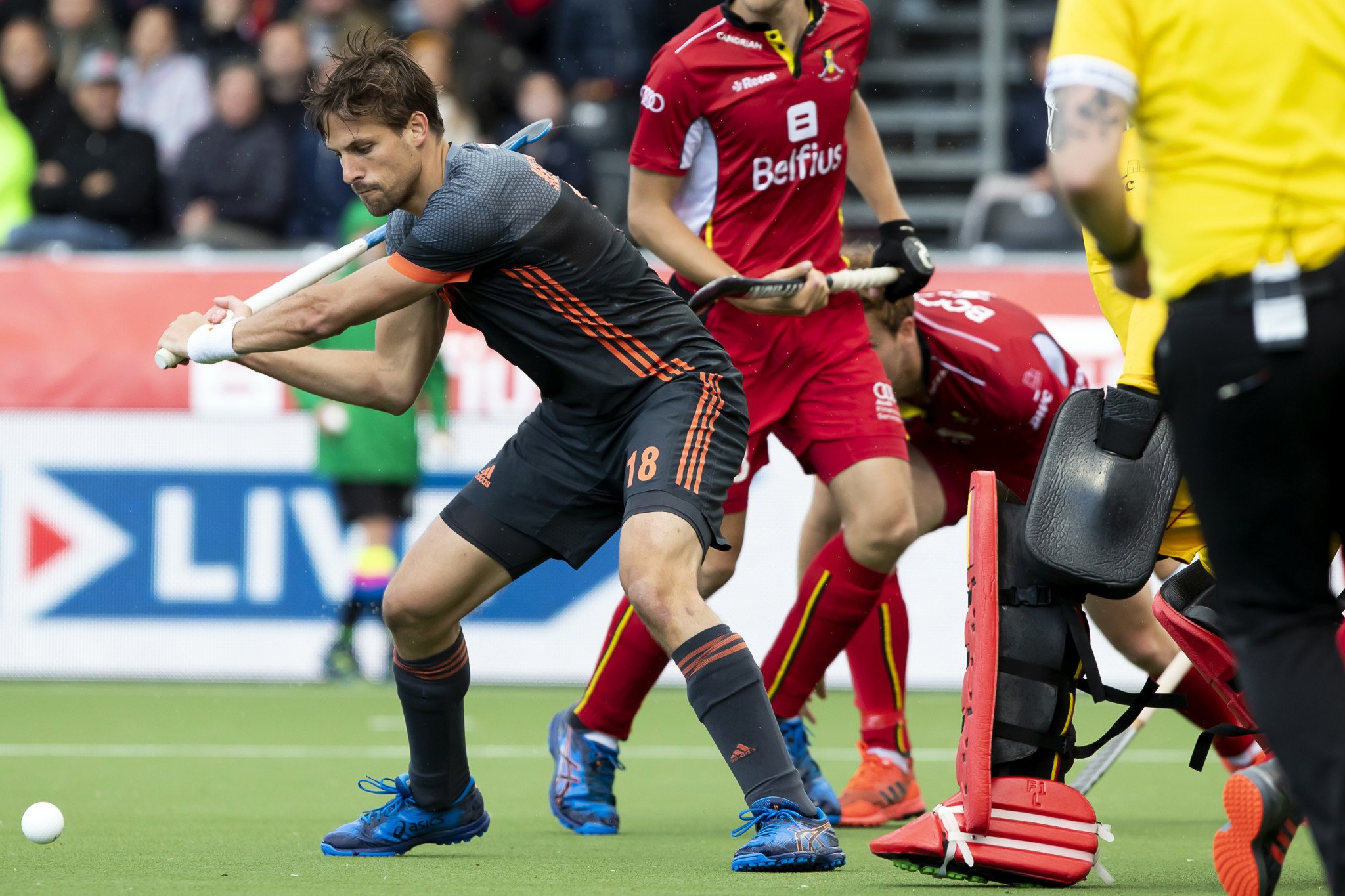 The Netherlands moved up to third on the men's International Hockey Federation Pro League standings as they stunned world champions Belgium with a 4-0 victory in Antwerp.

The European champions silenced the home crowd at Wilrijkse Plein Stadium with four goals in the second half.

Bjorn Kellerman scored twice, while Bob de Voogd and Jeroen Hertzberger were also on target in a superb win for the visitors.

The result saw the Dutch consolidate their place in the top four as they bid to reach the Grand Final.

The Netherlands also won the women's match in Antwerp as the world's top-ranked team beat Belgium 2-1.

The success edged the Dutch closer to qualifying for the Grand Final and they need just one more victory to be assured of their place at the season-ending event.

Yibbi Jansen and Ginella Zerbo put the visitors 2-0 up before Emilie Sinia scored a consolation goal.

The hosts dominated the first half of the men's game but were unable to find the net and were made to pay after the restart when Kellerman broke the deadlock with a superb finish.

Kellerman scored again three minutes into the fourth quarter before De Voogd and Hertzberger found the net with tap-ins to give the Dutch maximum points.

"I’m happy that we didn’t get any goals against, but we both did that," said Netherlands goalkeeper Sam van der Ven.

"I was happy with the performance from the whole team.

"To play well, score four goals and no goals against, that is a big plus for us.”