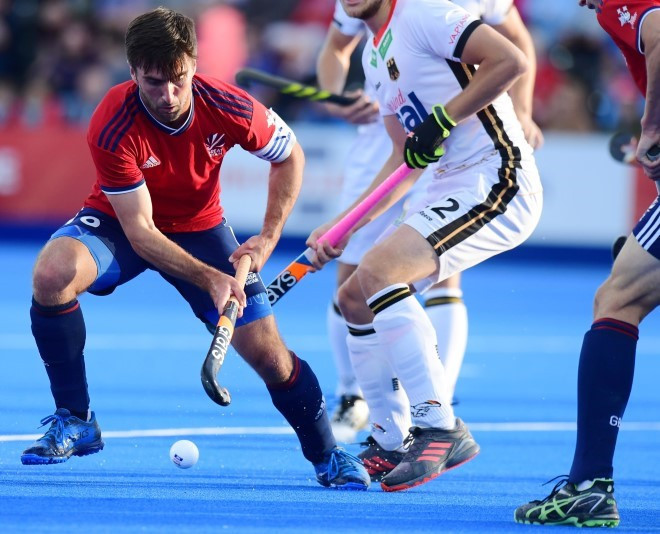 There was disappointment for Britain for the second successive day as visitors Germany snatched a late victory in the International Hockey Federation's (FIH) Pro League.

The British women were left to rue missed opportunities at Lee Valley as the Germans went home with a 4-3 win, just as their male counterparts had done 24 hours earlier.

The hosts opened up a 2-0 lead after 17 minutes with Tess Howard notching her first Pro League goals.

Amelie Wortmann reduced the advantage and the visitors were back on level terms with 20 minutes left courtesy of Nike Lorenz.

Debutant Esme Burge set up 18-year-old Izzy Petter for her first senior goal, which gave Britain the lead with eight minutes to go.

But Germany grabbed two goals in the last six minutes to steal victory.

Germany’s victory sees them climb to fifth, while Britain are seventh ahead of a key match with Australia on Sunday.

The British women's defeat followed similar scenes at Lee Valley yesterday, when their male counterparts were on the wrong end of a 4-3 thriller.

And although Germany dominated the latter stages of the first period, Britain extended their lead when Phil Roper squeezed a low penalty corner drag-flick between Walter and line defender Mathias Müller.

The deficit was reduced just before the break courtesy of Johannes Grosses and the visitors almost restored parity, only for Florian Fuchs' effort to strike the post.

Fuchs grabbed an equaliser as he punished the hosts for losing possession deep in their own territory but Sam Ward restored the British lead with a cool reverse stick scoop.

Two goals in the final 10 minutes saw the match swing the way of the visitors, Marco Miltkau and Timm Herzbruch getting the crucial scores,

Germany climb to fifth in the rankings and have four straight home matches to look forward to.

Britain dropped to sixth but head coach Danny Kerry praised the match as a great advert for hockey.

“Anyone watching for the first time would have thought ‘wow, what a sport’, he said.

"That was proper game of hockey.

"We have to give credit to Germany,

"They deserved it, especially in the second half where we couldn’t keep possession for long enough and they were lethal in their play.”