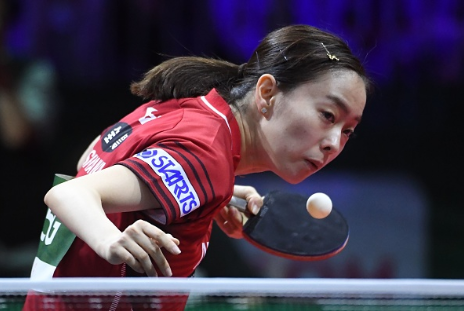 Top seed Kasumi Ishikawa was knocked out of the women's singles event at the second hurdle as action continued at the International Table Tennis Federation (ITTF) Hong Kong Open.

"I actually played well in the latter part of the game, yet it was not enough and I lost," Ishikawa said.

"I haven’t defeated any Chinese players this year and if I am losing even to their younger generations, my participation in next year’s Olympics is in serious doubt.

"The next step for me will be to reflect on what I have not been doing well.

"Hopefully after the process I’ll be able to play better and continue to improve before the Olympics."

The one other top-eight seed to crash out of the women's singles event today was sixth-ranked Doo Hoi Kem of Hong Kong.

In the men's singles event, fifth seed Jang Woojin of South Korea and eighth seed Koki Niwa of Japan were the most notable casualties in the round of 16.

Mizutani can now look ahead to another all-Japanese clash in the quarter-finals against second seed Tomokazu Harimoto, an 11-7, 11-8, 11-9, 11-8 winner at the expense of Nigeria's Quadri Aruna.

Action in Hong Kong is due to continue tomorrow with the quarter-final and semi-final ties.