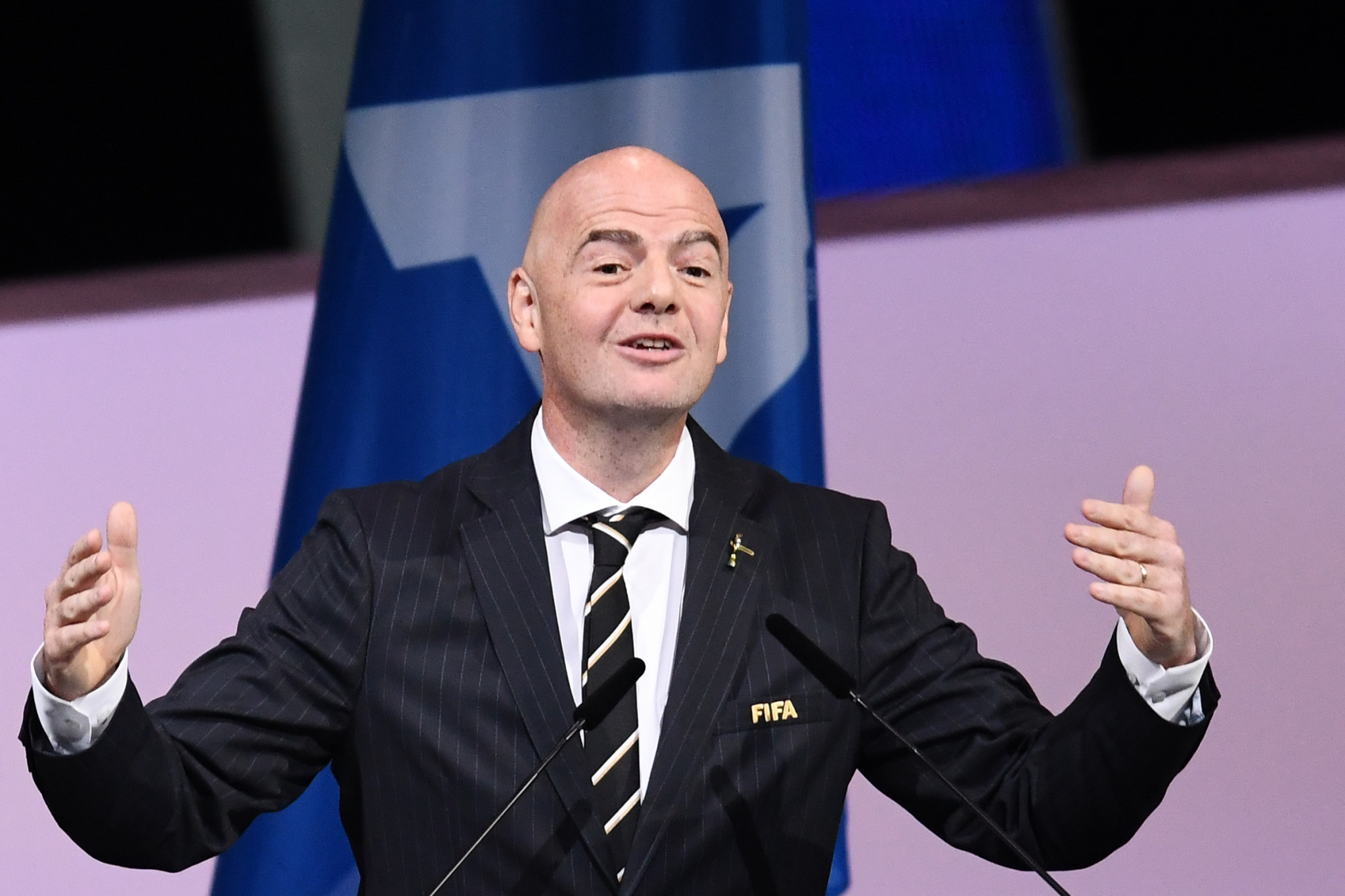 Gianni Infantino has been re-elected President of FIFA by acclamation at the governing body's Congress in Paris.

The 49-year-old Swiss-Italian lawyer stood unopposed and will serve his first full four-year term through until 2023.

Infantino took over in 2016 after disgraced predecessor Sepp Blatter resigned amid the corruption scandal which plunged FIFA into crisis.

The former UEFA general secretary secured a further four years at the helm of world football's governing body by applause after members of the Congress approved a statute change to elect a President by acclamation if there is only one candidate.

He insisted FIFA had moved on from its scandal-tainted past, despite a spate of officials being banned, including Council members, since he replaced Blatter.

"The past three years and four months have certainly not been perfect," Infantino said.

"I have made mistakes and I will try to improve and do better but today on an election day, nobody talks about crisis.

"Nobody talks about rebuilding FIFA from scratch.

"Nobody talks about scandals.

"Nobody talks about corruption, we talk about football.

"We can say that we’ve turned the situation around.

"This organisation has gone from being toxic, almost criminal, to being what it should be – an organisation that develops football and is synonymous with transparency and integrity.

“Today, everything is open and transparent.

"It is not possible at FIFA to make hidden payments or do anything unethical with our money.

"There is no more place for corruption."

Infantino's re-election had been a formality since he was confirmed as the sole candidate in February.

Former Swiss international Ramon Vega declared his intention to stand against Infantino but failed to secure the required five nominations by the deadline.

Infantino has been able to retain the support of the FIFA membership despite several setbacks during his tenure, the most recent of which came when he was unable to expand the 2022 World Cup in Qatar from 32 to 48 teams.

He was also briefly investigated, and cleared, by the FIFA Ethics Committee and has been accused of ruthlessly removing his critics.

Infantino succeeded, however, with his ambition to grow the 2026 World Cup, awarded to Canada, Mexico and the United States last year, to 48 nations and with the overhaul of the Club World Cup from a seven-team to a 24-team tournament beginning in 2021.

He has also overseen an improvement in FIFA's financial situation since the corruption scandal brought the organisation to its knees.

Members attending the Congress, none of whom spoke or voted on anything substantial other than to re-elect Infantino by applause, heard how FIFA's reserves were up from $1 billion (£787 million/€886 million) to $2.75 billion (£2.1 billion/€2.4 billion).

Following his re-election, Infantino promised to build on the work he had done during his first three years in charge and that FIFA would "not stand still".

"For those who love me, for those who hate me, I love everyone today," an emotional Infantino said.

"I am humbled by your trust and confidence.

"This is my commitment to you.

"I cannot stand still and not do anything, that is not in my DNA."