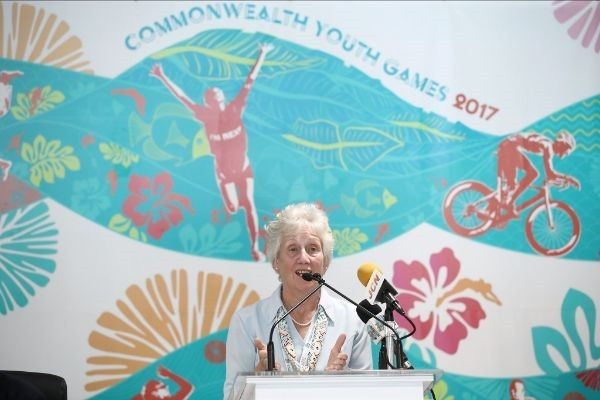 Gibraltar and Trinidad and Tobago have been praised for the quality of their respective 2021 Commonwealth Youth Games bids as a contest opened after Belfast was stripped of the hosting rights nears its conclusion.

Dame Louise revealed reports produced by the CGF Evaluation Commission which conducted site visits to the two countries earlier this year "make clear that both bids, in their own distinct ways, would make great future Commonwealth Youth Games hosts".

The CGF Executive Board is due to announce the host city of the event on June 21.

Officials from Gibraltar and Trinidad and Tobago will get the chance to outline the reasons why they should be awarded the Games when they present to the CGF's ruling body at the meeting in Birmingham on June 20.

"We are delighted to have two excellent bids from Gibraltar and Trinidad and Tobago," said Dame Louise.

"The evaluation reports make clear that both bids, in their own distinct ways, would make great future Commonwealth Youth Games hosts."

Dame Louise added: "We look forward to both CGAs (Commonwealth Games Associations) presenting to our Executive Board in Birmingham.

"Finally, I would like to thank the respective Commonwealth Games Associations, Governments, partners and stakeholders for their work conducted to date and for supporting the Commonwealth sports movement."

Representatives in Trinidad and Tobago have been far more vocal regarding their bid for the Games, the last edition of which was held in The Bahamas in 2017.

Trinidad and Tobago Olympic Committee President Brian Lewis has promised an "innovative" event if the country is given the hosting rights.

The CGF took the decision to move the Games from Belfast in June last year because the political deadlock in the country meant it was not able to fulfill the financial guarantees required to host the event.