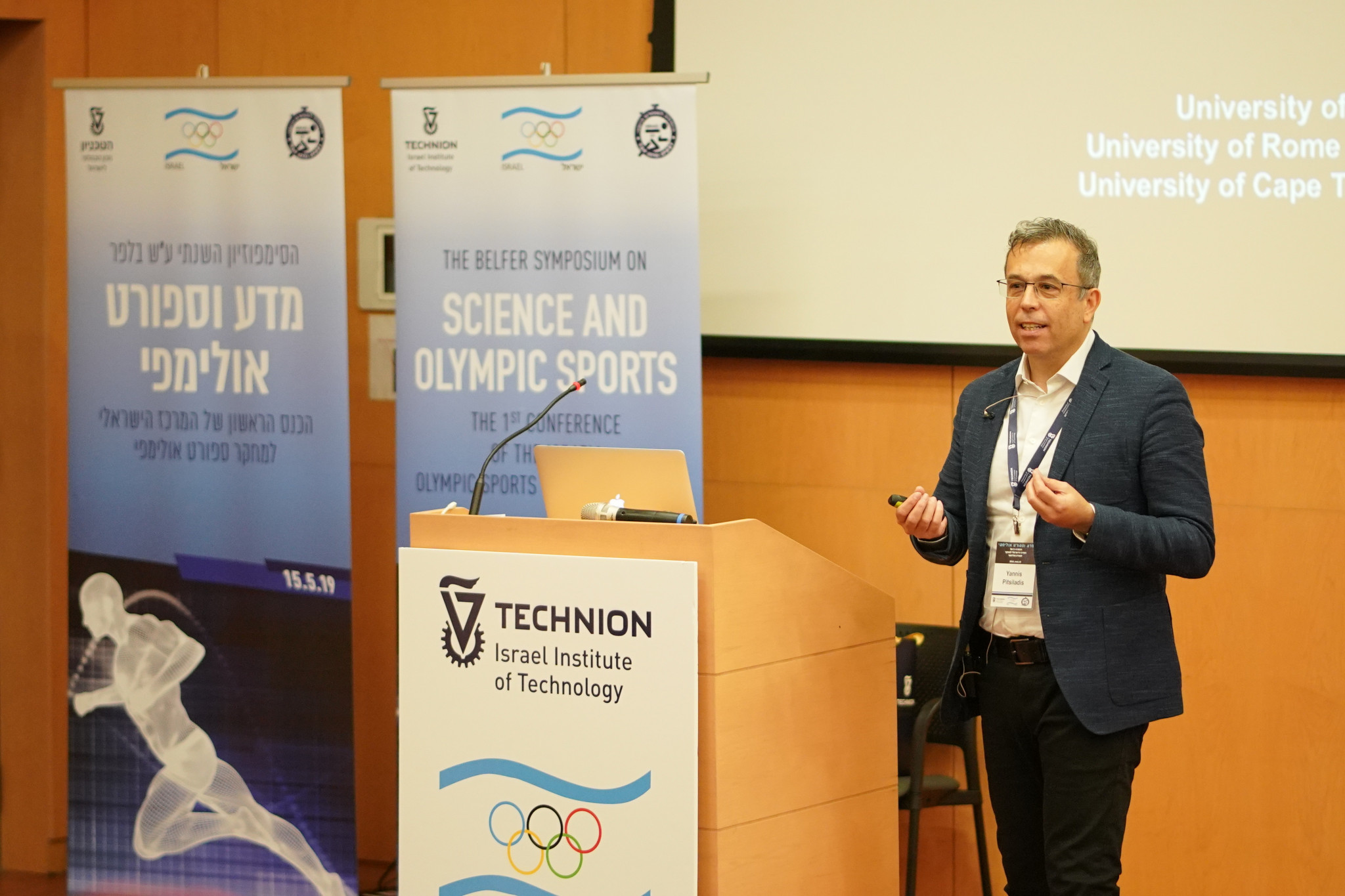 The two-hour barrier in the marathon could be broken soon, sports science expert Yannis Pitsiladis claimed.

The First Scientific Conference of the Israeli Olympic Sports Research Centre – aimed at using scientific knowledge to improve sports performance – was held at the Technion-Israel Institute of Technology in Haifa on May 15.

It was attended by leading researchers and scientists, senior coaches from Israel and members of the sports-tech industry, along with guest lecturers from the United States and England.

Among the scientific and technological challenges discussed was the challenge of breaking the two-hour barrier.

Pitsiladis said running a marathon in less than two hours was not only a physiological challenge and that new developments in the field of footwear and nutrition may soon provide the answer.

He said: “The borders are not fixed and by investing time and energy, they can be extended.”

However, he explained that this goal required cooperation among researchers in various fields, including nutritionists, bio-mechanics and data scientists.

Pitsiladis said: “We need to develop tools to inject carbohydrates into the runner’s body effectively and to provide them with intelligent sensing systems that monitor physiological variables and provide feedback on their condition in real time.”

She said: “Why can’t I run faster? Why can’t I jump higher? These questions keep me awake.”

“Since the 1980s, tremendous scientific developments have taken place, including the power of computing, data science and 3D printing, which give us new tools to combat sporting challenges.”

The research centre opened in January this year, with the aim to improve the physiology of Israeli athletes and the technology available to them.

Yael Arad, Israel’s first athlete to win an Olympic silver medal and Board member of the Olympic Committee of Israel, said the centre meant the country could be more ambitious in its medal targets.

She said: “The cooperation with Technion is at one with the quantum leap in the goals that we have set for ourselves.

“If we have so far aimed at returning from any Olympics with one or two medals, now we want to achieve more – not only to be good but to be the best.

“For that we have to focus on things that we are not good at and to improve and bring measurable results, and, in short, more medals.

“It is a long-term process whose benefits will be seen only at the 2024 Olympics and perhaps even later, but it will happen if we are patient, determined and consistent.”