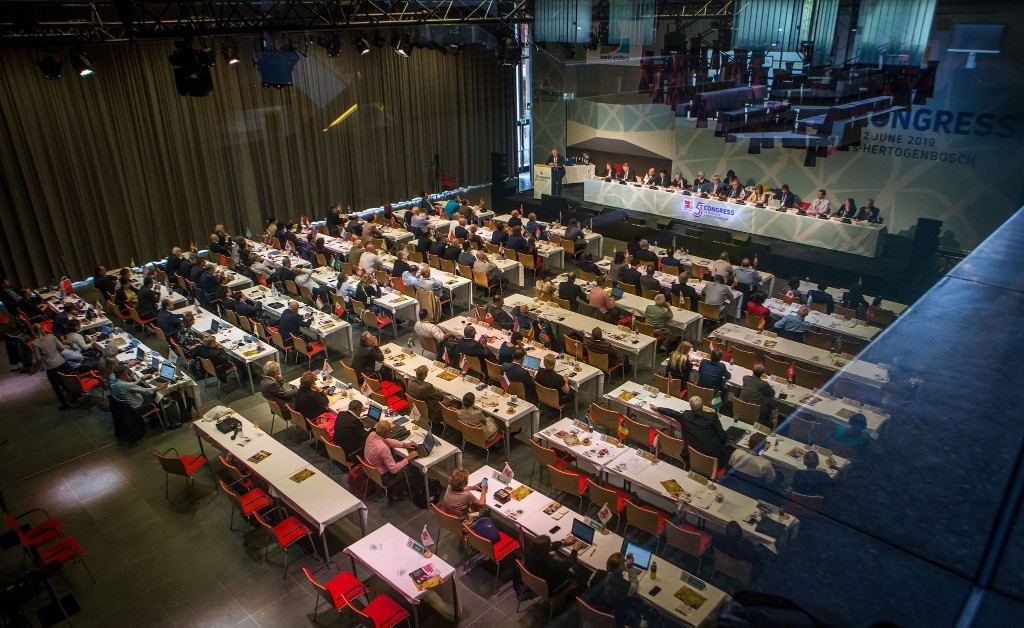 Italy's Mario Scarzella was re-elected first vice-president of World Archery as the governing body awarded its 2021 World Championships to Yankton in the United States on the final day of its Congress in the Netherlands.

Scarzella, President of World Archery Europe, assumed the position in 2015 and was elected to serve a further four-year term unopposed at the meeting in 's-Hertogenbosch.

Jörg Brokamp of Germany assumed the position of vice-president as he was the only candidate.

Brokamp, a member of the World Archery Executive Board since 2011, will hold the role until at least the 2023 Congress.

Norway's Eva Thesen and Kotaro Hata of Japan, whose previous terms had come to an end, were among the four officials elected to the World Archery Executive Board.

They were joined by Frenchman Jean-Michel Cleroy and Zheng Lixun of China.

Seven candidates stood for the four available positions on the ruling body as Chiu Ping-kun of Chinese Taipei, Dominican Republic's Barbara Hernandez and Susanne Wormersley of New Zealand failed with their respective bids.

The four successful candidates were elected in the first round of voting.

Ahmed Roushdy of Egypt, American Martin Swanson, Lee Dong-min of South Korea, Mexico's Guillermina Garcia Avila and Jaan Lott of Estonia were chosen for a place on the Board of Justice and Ethics.

Gao Zhidan, China’s Deputy Sports Minister and vice president of the Chinese National Olympic Committee, was made an honorary Executive Board member.

The elections were among several decisions taken at the Congress in the Dutch city, which is hosting the World Para Archery Championships from tomorrow.

Yankton was given the hosting rights for the 2021 World Championships by the Executive Board.

The American city staged last year's World Indoor Championships – the last edition of the event after delegates voted to scrap it yesterday – and is due to host the 2020 World Field Archery Championships.

Competition in 2021 will take place at the NFAA Easton Yankton Archery Complex in South Dakota.

"The city has rallied around two of our previous World Championships and we expect a similarly high standard of event and the same incredible community spirit in 2021.

"While it may not be the largest or most populous place on the planet, Yankton may be the most passionate about our sport – and for the athletes, the audience and the atmosphere at the world championships, passion matters."